‘Scarf’ Signs On For Third Season With Lions 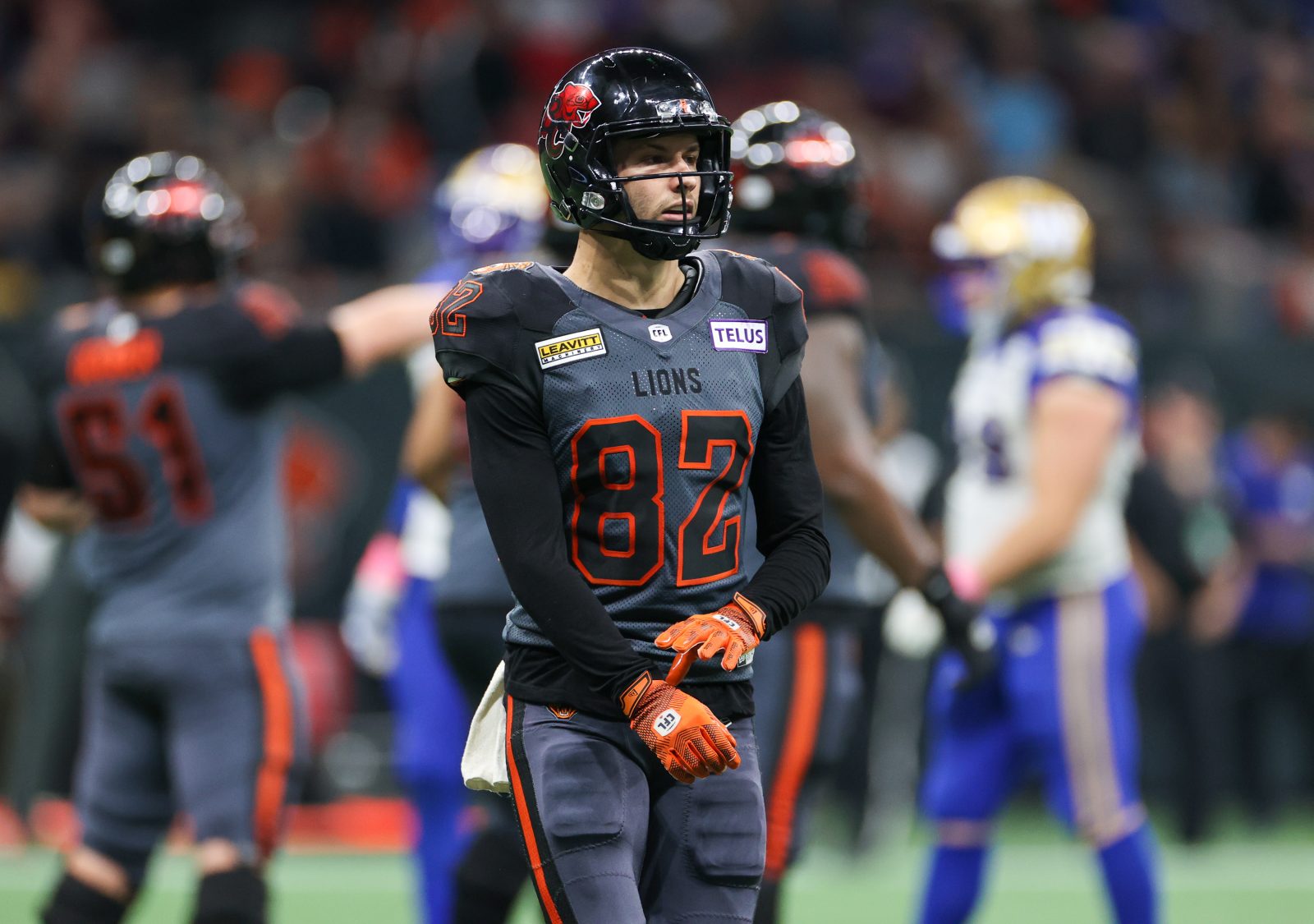 ‘Scarf’ Signs On For Third Season With Lions

The BC Lions locked up another offensive piece to their puzzle this morning as National wide receiver Jacob Scarfone has signed an extension. Scarfone was eligible to become a free agent on February 14.

Said co-general and head coach Rick Campbell: “We are excited to have Scarf back for another year. Number one, he is a big contributor on offence and special teams. As an added bonus, he will also be active in the club’s community initiatives as he has made Vancouver his year-round home.”

The 28-year-old native of London, Ontario enjoyed his finest season as a pro in 2022, hauling in ten receptions for 131 yards and a touchdown in 17 regular season games.

Scarfone originally joined the Lions as a free agent ahead of 2021 and would suit up in all 14 regular season contests that year while recording six receptions for 85 yards and an overtime touchdown to extend an October 30 game in Toronto.

A sixth-round selection (47th overall) of the Hamilton Tiger-Cats in 2017, Scarfone would then return to Guelph for his final year of eligibility before landing with the Ottawa REDBLACKS from 2018-19 and suiting up in 11 games.

In 29 total games with Guelph (2013-17), Scarfone recorded 109 receptions for 1,789 yards and 17 touchdowns while also leading the Gryphons in receiving in 2015 with 57 receptions for 940 yards and 10 touchdowns. Scarfone was named a U Sports Second Team All-Canadian in 2017 after missing the entire previous season with an injury.