Amar purchased the BC Lions in August of 2021 and is the founder and sole shareholder of The Futura Corporation, one of British Columbia’s largest privately owned companies. The son of Ted Doman and nephew of Herb Doman, who along with a third brother Gordon, founded Doman Industries in 1953, the company was one of North America’s largest forest based, trucking, saw mill and pulp mill operators. Icons in the forestry industry, the Doman’s built a sprawling forestry empire on Vancouver Island and the B.C. Coast. 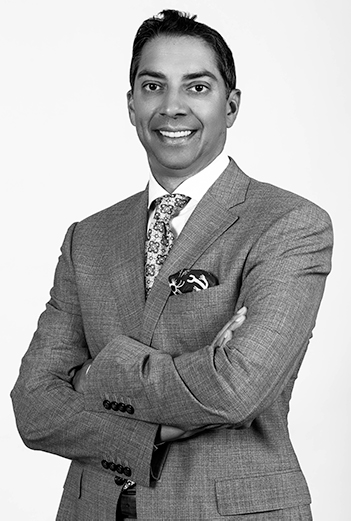 Amar purchased his first lumber remanufacturing plant at the age of 18. After acquiring a succession of specialty lumber treating plants, Amar bought CanWel Building Materials in 1999 from sawmill operators Canfor and Weldwood. CanWel which Amar took public in 2004, has been renamed Doman Building Materials, is now one of North America’s largest producers of pressure treated lumber and is a fully integrated international distributor of building materials. Headquartered in Vancouver, British Columbia and trading on the Toronto Stock Exchange under the symbol DBM, the company owns and operates 29 distribution centres, 32 pressure treated facilities, 5 specialty saw mills, 4 specialty lumber planing mills, 3 truss plants and 2 post/pole plants throughout the United States and Canada. Additionally, the company owns approximately 117,000 acres of private timberlands, strategic licenses and tenures, log harvesting and trucking operations in B.C.’s interior. Today, the company has over 2,500 employees. Amar remains the largest and controlling shareholder of Doman Building Materials Group and is the company’s Chairman and CEO.

As the founder, President and CEO of his privately held The Futura Corporation, Mr. Doman invests, owns and operates various enterprises including real estate. A passionate British Columbian, Amar is former director on the national board of the Heart and Stroke Foundation of Canada, is an Ernst & Young Entrepreneur of the Year award winner in the (West) Business category and has served as a director of a number of industry related associations. A noted philanthropist, Amar is also a mentor to young British Columbian entrepreneurs, has guest lectured on business topics on Vancouver campuses and donates his time to the local charities that he supports. Born in Victoria, Amar lives in West Vancouver is married and has three young children, 11, 9 and 7.