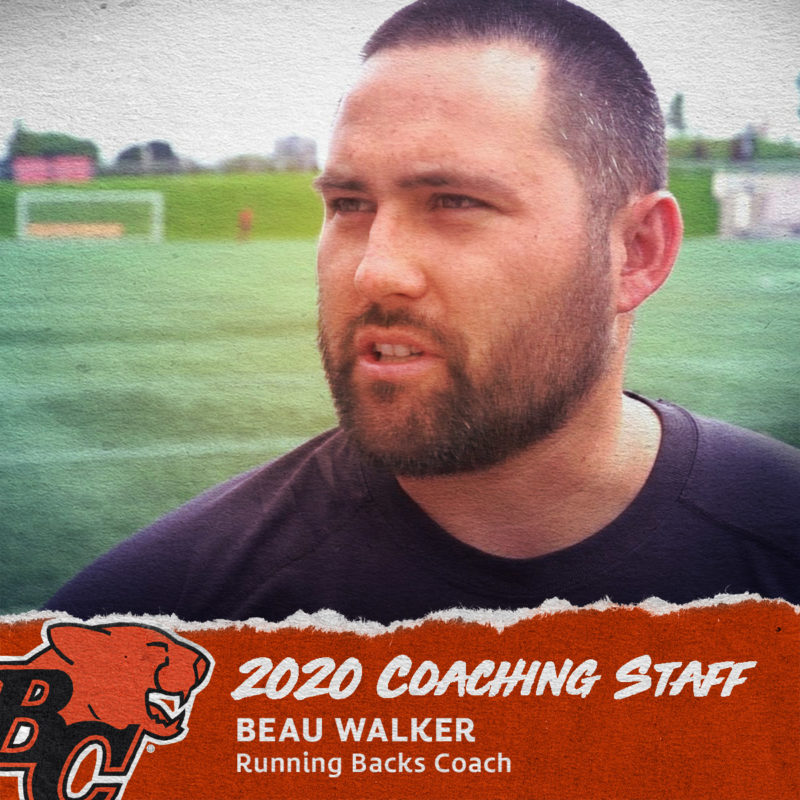 The Bend, Oregon native was instrumental in preparing the offensive game plan and he was part of the Ottawa staff that sipped from the Grey Cup in 2016.

Before his time in Ottawa, Walker spent seven years in various roles at Oregon State where he focused on quarterbacks and the offensive line. He then went to Nebrsaka as an offensive assistant for the 2015 season.