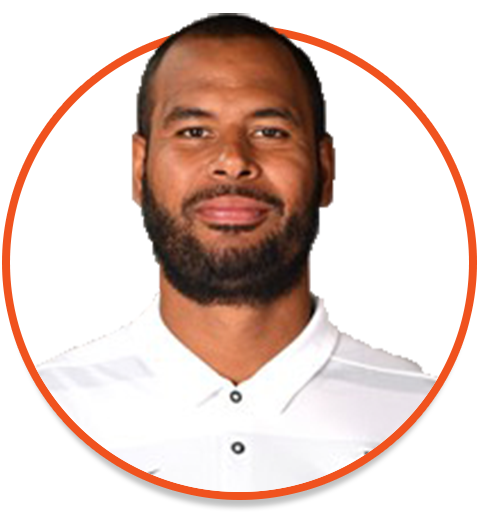 Chris enters his first season with the Lions and his first as a coach in the CFL. A native of Virginia, he was most recently on the staff of the University of New Hampshire where he spent two years coaching the school’s defensive line.

A third-round selection of the Buffalo Bills in the 2008 NFL Draft, Chris saw action in a total of 15 games over three seasons with Buffalo (2008-2010) and also attended training camp with the Pittsburgh Steelers in 2011. He made his way to the CFL in 2012 with the Saskatchewan Roughriders and appeared in two games.

Chris turned in his cleats for a coach’s whistle in 2013 joining the staff at Frostburg State as a defensive line and special teams assistant. He moved to Christopher Newport University a year later and spent three seasons with the Captains prior to his time at New Hampshire.

An accomplished collegiate player, Chris attended Virginia Tech where he appeared in 52 games over four years with the Hokies. A dominant defensive lineman, he racked up 58 solo stops, 21 tackles for a loss along with 16 career sacks and earned a First-Team All-ACC selection as a senior in 2008.