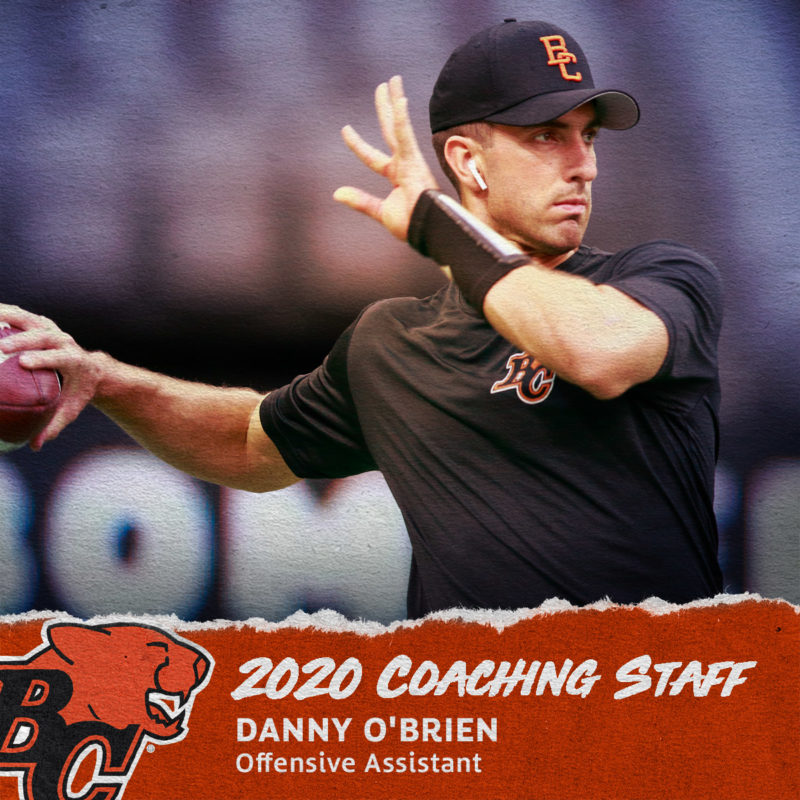 Danny joins the Lions coaching staff after spending his final season as a player with the squad in 2019.

The 29-year old will assist offensive coordinator Jordan Maksymic and work closely with Mike Reilly and the other quarterbacks.

In 99 appearances over six seasons with the RedBlacks, Eskimos and Lions, O’Brien completed 100 passes on 175 attempts for 1,045 yards and three touchdowns. He was a member of the 2016 Grey Cup champion RedBlacks squad.

The native of Winston-Salem, North Carolina enjoyed a successful college career at Maryland where his highlights included upsetting Russell Wilson and North Carolina State to secure a spot in the 2010 ACC title game.