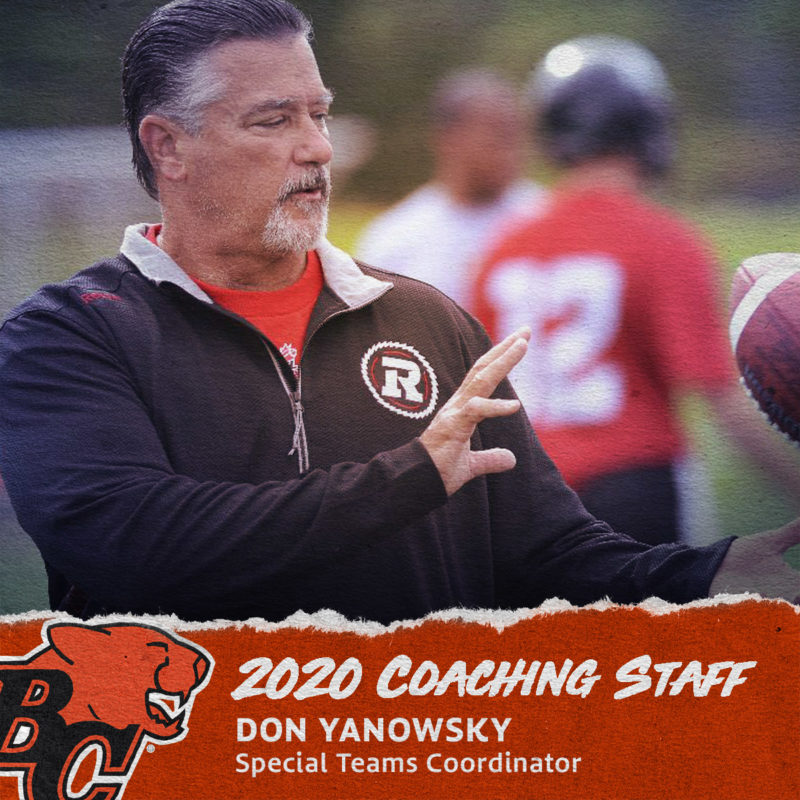 A veteran of nearly 40 years in the coaching ranks, Yanowsky returns north of the border after spending three seasons at Texas-El Paso where he served as special teams coordinator and coached the school’s safeties. During his time with UTEP, the Miners defence was regularly ranked in the top 10 of Conference USA in pass defence and total points allowed.

He spent two seasons (2014-15) as special teams coordinator with the Ottawa RedBlacks where he helped the franchise go from two wins in their inaugural season to a 12-6 record and appearance in the 105th Grey Cup in year two.

Yanowsky was the Calgary Stampeders linebackers coach from 2012-13. During that time, Calgary’s stout defensive unit helped lead the squad to an appearance in the 100th Grey Cup followed by a 13-5 campaign and first place finish in the West in 2013.

Prior to joining the professional coaching ranks, Yanowsky enjoyed over two decades of success in the US College ranks where stops included his alma mater of Toledo, Arkansas State, Minnesota, Boston College and East Carolina

As Tight Ends Coach, Yanowsky helped Boston College defeat Michigan State in the 2007 Champs Sports Bowl before they advanced to the Music City Bowl against Vanderbilt the following season.