Maksymic was introduced as Lions offensive coordinator in January of 2020 after spending four seasons on the coaching staff of the Edmonton Football Team. 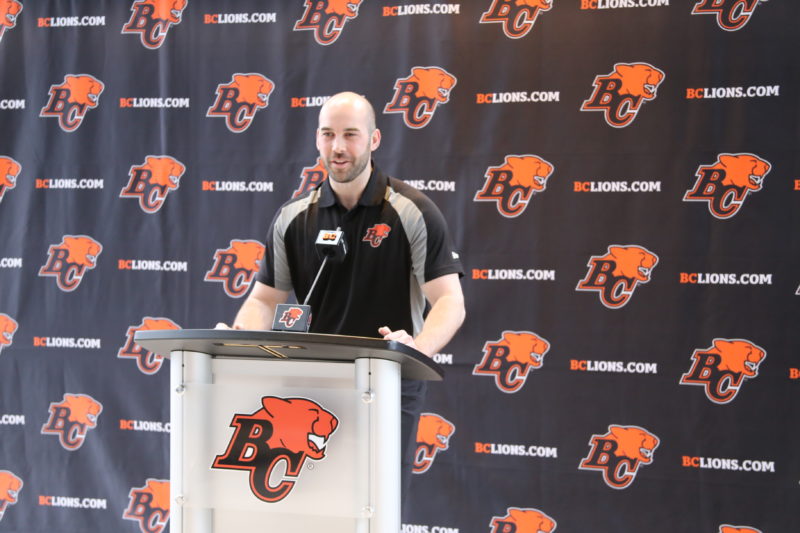 He began as Edmonton’s quarterbacks coach and pass game coordinator from 2016-18 before being promoted to offensive coordinator for the 2019 season.

The native of St. Albert, Alberta was instrumental in helping Mike Reilly win the CFL Most Outstanding Player Award in 2017. Reilly was also the league’s leader in passing yards in each of their three seasons together and tied Trevor Harris for the most touchdown passes (30) in 2018.

The former high school quarterback got his first exposure to the CFL as a water boy at Calgary Stampeders training camp in 2006. He parlayed that experience into a role as the Stampeders’ video coordinator from 2007-08.