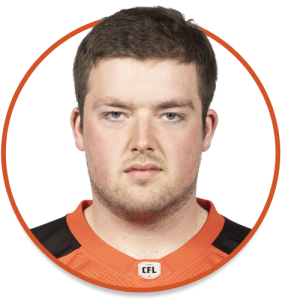 Acquired:
Adam was selected in the eighth round (68th overall) by the Lions in the 2022 CFL Draft.

2022: Suited up in three games in his final season with the Gee-Gees, recording three defensive tackles.

2019: Adam suited up eight games for the Gee-Gees, he registered two tackles, one tackle was accounted for a six-yard tackle for loss and one quarterback sack.

2018: Adam appeared in two contests and finished the season with 1.5 tackles.

Personal:
The 6’4’’ defensive lineman started playing football when he was in sixth grade. He went on to play for the North Bay Bulldogs and the West Ferris Secondary School Trojans before moving to Ottawa for university. Prior to being drafted by the Lions, Adam has been studying criminology at University of Ottawa.