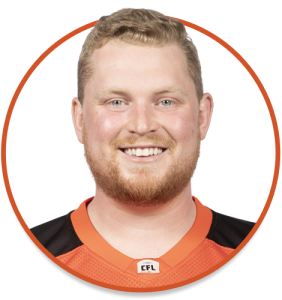 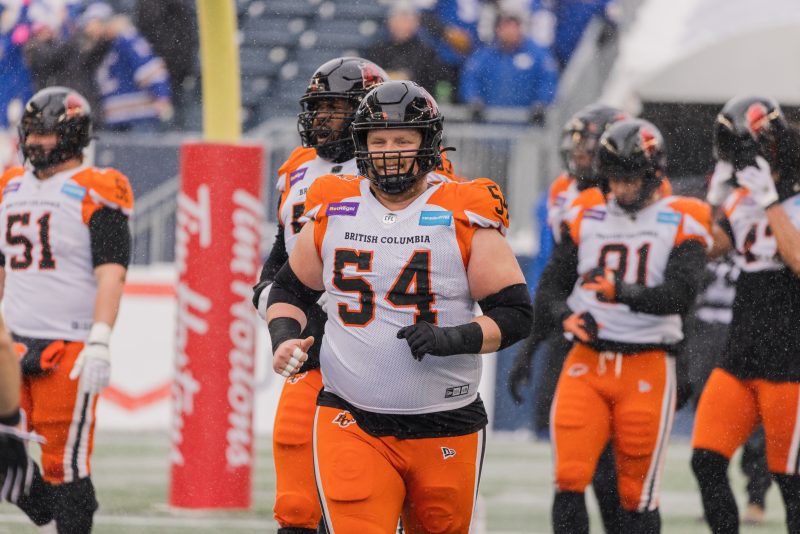 Andrew was signed as a free agent by the Lions in May of 2018. He signed a contract extension with the club in December 2020 and inked another deal ahead of the 2022 campaign.

2022: Peirson once again was a serviceable member of the offensive line, dressing in 16 games as an extra and making two starts at right guard, including a solid performance when the Lions prevailed 31-29 at Calgary on September 17. That night, Peirson and the offensive line helped the offence churn out 124 yards on the ground. Off the field, Peirson was once again the squad’s go-to player for community appearances and giving back to those in need.

2021: Andrew suited up for all 14 regular season games and once again was a major contributor to the community, earning another team nomination for the Tom Pate Award.

2019: Andrew dressed for one game in 2019 (vs Saskatchewan) while spending the majority of the season on the club’s practice roster. His tireless efforts in the club’s community programs however earned him a team nomination for the annual Tom Pate Award.

2018: Andrew beat the odds as an undrafted free agent and exited training camp with a spot on the Lions’ practice roster. The Gannon University alum patiently waited for his opportunity and he got his first chance to play in October. Injuries sidelined Cody Husband and Peter Godber, clearing the path for Andrew to make his CFL debut on October 6 against the Toronto Argonauts. He started at centre during the last five games of the regular season for the Leos and earned the start for the East Division Semi-Final against the Hamilton Tiger-Cats.

College:
2014-2017: Andrew appeared in 29 games over his four-year career at Gannon University, The Kingston native made nine starts as a junior in 2016. A gifted student, Andrew earned multiple Division II academic awards and a Pennsylvania State Athletic Conference scholar athlete award in 2015.

Personal:
Andrew was an excellent student at Gannon University, exiting with a double major in Finance and Entrepreneurship. His most memorable moment on the football field was winning the Kingston Area Secondary Schools Athletic Association Football Championship when he was in grade 10. Andrew lists the Lion King as his favourite film and enjoys watching Netflix marathons of The Office. He grew up a big fan of the Montreal Canadiens.