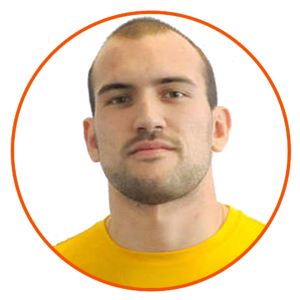 Acquired:
Andrew was signed by the Lions as a territorial protected junior player in December 2019. 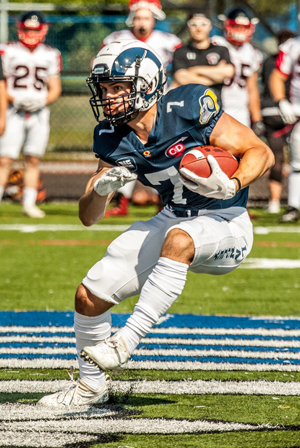 2019: Andrew was a major catalyst in Langley’s run to the Cullen Cup championship and appearance in the Canadian Bowl. Along with setting a Canadian Junior Football single-season record for touchdowns (27), Pocrnic was voted the BC Conference’s Most Outstanding Offensive Player after winning the rushing title with 1,169 yards on 163 carries while averaging 7.4 yards per carry. The versatile back also added 18 receptions for 278 yards and a touchdown.

2017-18: Andrew’s Junior career began with the Kamloops Broncos where he suited up in 20 games over two seasons and carried the ball 141 times for 667 yards and four touchdowns. His best outing as a Bronco was a 127-yard performance against the Valley Huskers on August 25th, 2018.

College:
2016: Andrew spent one season in the U Sports ranks with the Carleton Ravens.