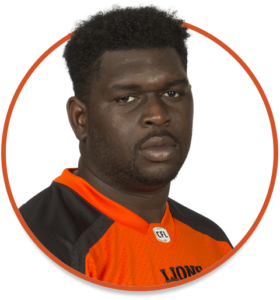 Acquired:
Antonio was signed as a free agent by the Lions in April 2016. He signed  a two-year extension at the end of the 2017 season keeping him in the den through 2019. 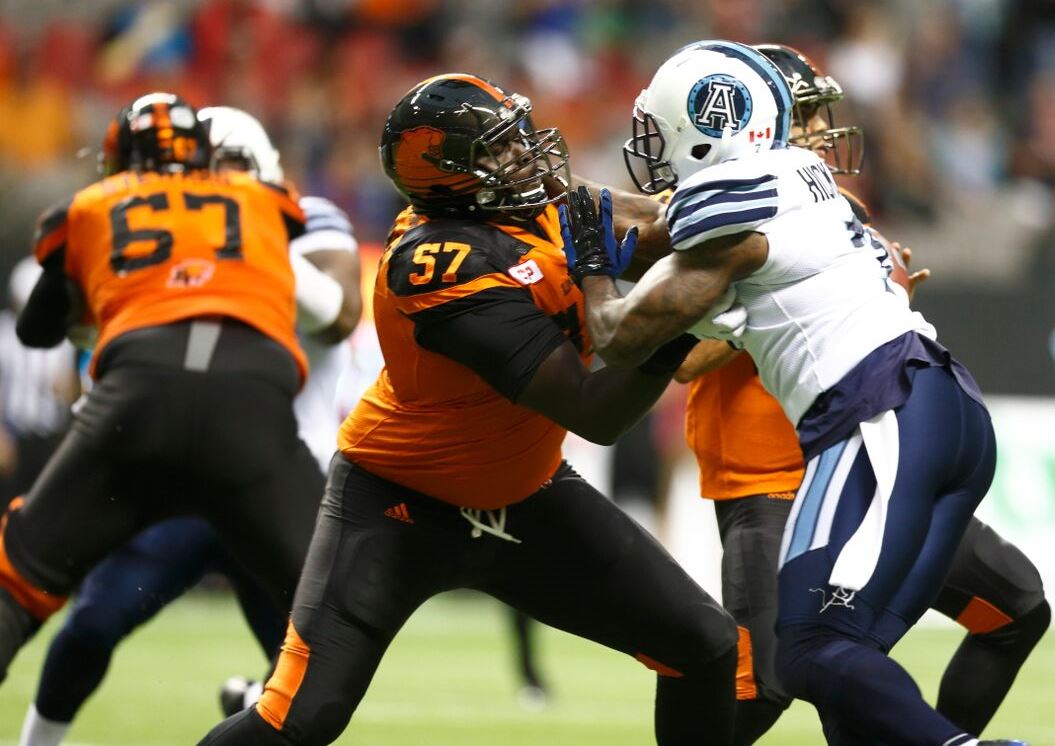 Highlights:
2019: Set for a return to the active roster, Antonio unfortunately suffered a season-ending knee injury in training camp and spent the year on the injured list.

2018: Despite not dressing in a single game, Antonio served as a valuable depth lineman for the Lions. He was the insurance policy for Jovan Olafioye and Joel Figueroa. Antonio performed his role well, always bringing a positive attitude with him to the practice field.

2017: Antonio appeared in 17 games in 2017, starting 15 at both left and right tackle for the Lions. The imposing lineman entered the season as the starting right tackle, but shifted to left tackle midway through the campaign. The most consistent offensive tackle on the roster, Antonio received positive reviews for his play on the left side and proved to be capable of protecting Jon Jennings’ blindside.

2016: Following an effective training camp, Antonio earned the club’s starting right tackle spot and appeared in 14 games along with the West Semi-Final and Final. A key part of an effective front-five, Antonio played a significant role in the Lions leading the league in rushing yards.

2015: Antonio attended a mini-camp with the New York Jets in the spring of 2015 but signed with the New Orleans Saints as an undrafted free agent in May and also attended training camp with the club. After being waived by the Saints, he spent short stints with the Pittsburgh Steelers, Dallas Cowboys and Denver Broncos.

College:
2011-2014: Antonio was a four-year starter for the Mean Green after red-shirting his freshman year in 2010. The hulking tackle appeared in 45 career games and anchored a dominant offensive line from his left tackle position, which surrendered an NCAA-low six sacks in 2012, while leading the nation with 5,336 total yards.

Personal:
Antonio is an Applied Arts & Sciences graduate from North Texas. When he isn’t on the field, you can find him playing video games or hanging out with family. Antonio lists his mom, along with the rest of his family, as his biggest fans and supporters. When he has his earphones in, you can bet he is listening to either Drake or Future. If Antonio weren’t playing football, he would be coaching it, as this sport is his greatest passion.