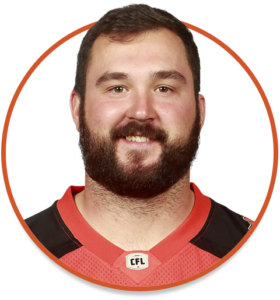 Acquired:
Brett was the club’s second-round selection (14th overall) in the 2015 CFL Draft. He signed with the Lions just prior to training camp in May 2019. 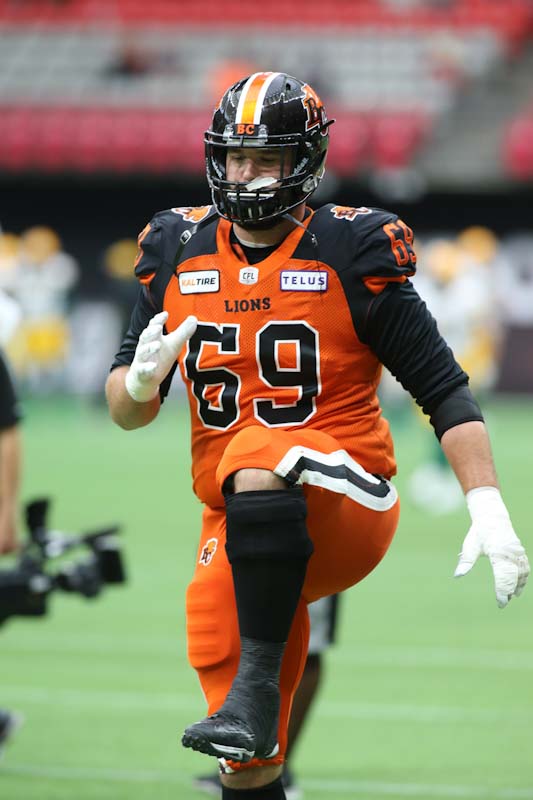 Highlights:
2019: A late addition to the club’s training camp roster, Brett was active for 15 games, five of which were as a starter at guard and tackle.

2015–2018: Brett was signed by the Philadelphia Eagles as an undrafted free agent in May of 2015 and attended training camp with the club’s before being waived as part of the club’s final roster cut-down. He spent a year on the Eagles’ practice roster and was released in May 2016.

Brett signed with the San Diego Chargers in June 2016 and ultimately spent two years on the club’s practice roster as well as a game on the active roster in 2017. After attending his third training camp with the now Los Angeles Chargers, he was waived in September 2018. Brett’s final taste of pro football south of the border came with the SanDiego Fleet of the now defunct AAF. 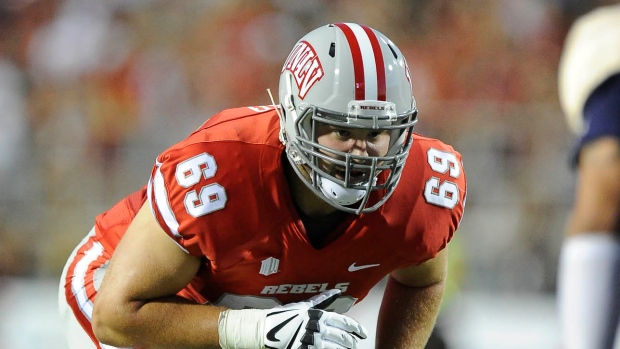 a switch from defensive line to an offensive line spot, Brett went on to start 43 games at both guard and tackle over the next four years. A two-time second-team All Mountain-West selection as a junior and a senior, Brett also earned a spot in the East-West Shrine Game in January 2015. While a late season arm injury held him out of the annual senior showcase, he later impressed pro scouts at the NFL Combine in Indianapolis. While at UNLV, Brett was also a dedicated student and earned four All-Academic Mountain-West selection as well as a spot on the Dean’s List during his final semester in 2014.