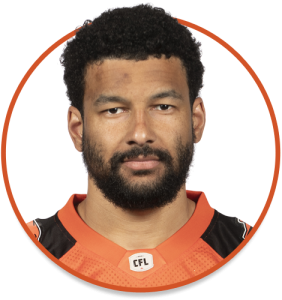 Acquired:
After an impressive showing at a free agent camp in Seattle, Bryan was signed just prior to training camp in May 2014. Following a great 2016 season, he signed a two-year contract extension with the Lions and signed another two-year deal in advance of the 2019 season. Prior to free agency in 2021, Bryan signed another one-year extension to stay in orange. In late January 2022, he inked yet another extension to bring him back to the squad for an eighth season. 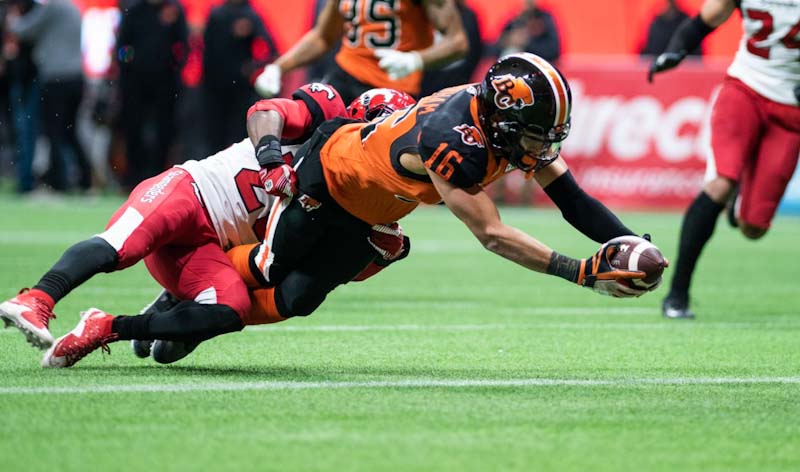 2021: Bryan once again proved himself as one of the CFL’s top offensive threats, recording a CFL-high 67 catches to go with 965 yards- second in the league to Winnipeg’s Kenny Lawler- and five touchdowns. The master of coming up with the big play to change field position, Bryan racked up seven receptions of 30 yards more. In addition, he moved past Mike Trevathan for fifth on the Lions’ all-time receiving yards list (6,616 yards total) and earned both CFL and West Division All-Star selections.

2019: Another stellar campaign from Bryan as he established career-highs in receptions (100), yards (1,492) and touchdowns (11). Second to only Hamilton’s Brandon Banks in receiving yards, the six-year pro earned his third CFL All-Star selection and fourth West Division nod. His fourth-consecutive 1,000-yard season also catapulted Bryan into the club’s list of top 10 receivers all-time with 5,561 yards and earned him a team nomination as Most Outstanding Player.

2018: Bryan was the Lions’ top receiver in 2018, eclipsing the 1,000-yard mark for the third consecutive season and earning his third straight West Division All-Star selection. He finished the campaign with 67 receptions for 1,029 yards and nine touchdowns across 18 games. Bryan’s best game occurred against the Hamilton Tiger-Cats on September 22 when he hauled in 10 passes for 90 yards and a pair of scores, including a last second hail mary touchdown catch following immediately by a remarkable toe-tapping two point conversion to send the game into overtime. He started at slotback for BC in the East Division Semi-Final against the Ti-Cats, catching 4 passes for 35 yards. 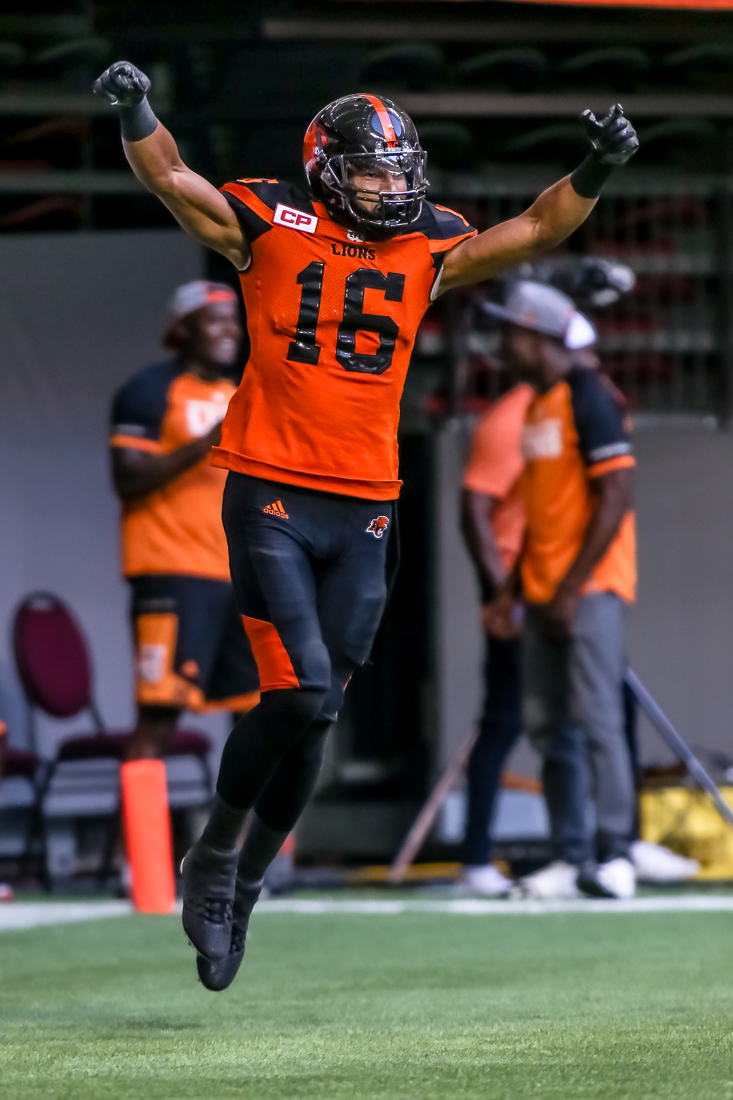 2017: Another productive season for the slick pass-grabber as Bryan notched his second-consecutive 1,000-yard campaign with a team-leading 1,202 yards on 81 receptions with seven majors through 16 games. He recorded six  games with 100+ yards and enjoyed his best performance of the year in Winnipeg where he torched the Bombers’ secondary for 10 catches and 152 yards along with a major. His lofty numbers earned him a second-career West Division All-Star selection.

2016: A break-out campaign for the tremendously gifted receiver as Bryan hauled in 79 receptions for 1,392 yards and three touchdowns. During a season in which he caught at least one pass in all 18 regular season games, circus catches and clutch performances became the norm and Bryan’s numbers trailed only Emmanuel Arceneaux among fellow Lions receivers and placed him fourth overall in the CFL. He ranked first however with an astounding 15 receptions of 30 yards or more which accounted for his league-leading 17.6-yard per catch average.

His biggest game of the season came in Winnipeg as he racked-up 208 yards on nine receptions including a 55-yard grab which was also his longest of his young career. His four games with 100 or more receiving yards were also second only to Arceneaux’s six and his career season to date earned him his first West Division All-Star nod.

During the 2016 postseason, Bryan tallied 97 receiving yards on five catches including a 13-yard touchdown in the Western Semi-Final win over Winnipeg.

2015: A productive season for the talented receiver as Bryan notched 35 receptions for 423 yards and a pair of touchdowns on the year. His reception yards ranked sixth on the club with his top performance on the season coming in Calgary on Sept. 18 where he hauled in four passes for 72 yards.

2014: Making the club out of training camp, Bryan spent the first 11 weeks of the season on the practice roster before making his pro debut versus Toronto on Sep 19/14. The first-year Leo made the most of his opportunity hauling in five passes for 90 yards including a 35-yard strike and a 13-yard TD from Kevin Glenn. In his second outing a week later in Calgary, Bryan notched a 23-yard reception before suffering a season-ending spleen injury later in the game.

College:
2009-2013: Following a red-shirt freshman season at Tulsa in 2009, Bryan made a position switch from defensive back to receiver following his sophomore season in 2010. He enjoyed a productive junior year in 2011 hauling in a team-best 54 receptions for 850 yards and nine majors. His final year of eligibility was cut short after one game due to injury.

Personal:
Bryan, known to team mates as Bernie, began playing football at age 12 in Moorestown, NJ. He majored in History at the University of Tulsa where he played with current CFLers Dexter McCoil and Tyler Holmes. Football is in the family for Bryan as his dad played for the Philadelphia Eagles. He counts playing in three college bowl games as his biggest football achievements to date. Bryan likes to relax when he’s not on the field, and says his favourite show with which to pass the time is Walking Dead.