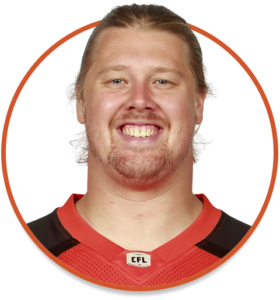 Acquired:
David’s playing rights were acquired by the Lions along with those of OL Vincent Brown from the Montreal Alouettes on March 27, 2017 in exchange for OL Jovan Olafioye. On April 10, 2017 he signed a multi-year contract with the club keeping him in orange through the 2019 season. 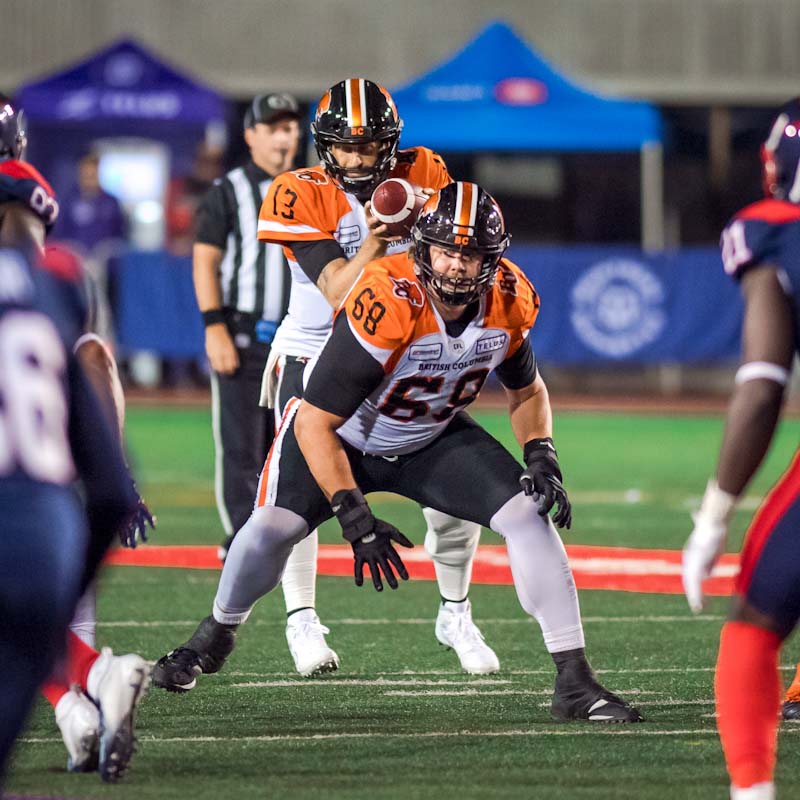 Highlights:
2019: Another 18-game campaign all of which were starts from the third-year Leo whose versatility allowed him to see action at both guard and tackle in 2019. Following the season, David inked an extension with the club for the 2020 season. 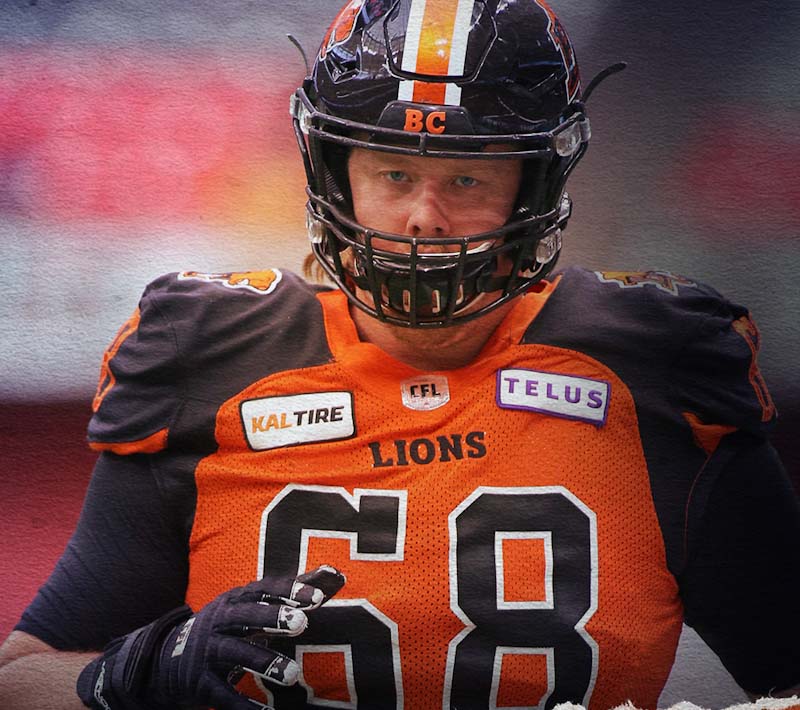 2017: David began the season his first season in a Lions’ uniform as the starting left guard, but was sidelined following a concussion suffered against the Edmonton Eskimos on July 28. He returned to the active roster in week ten and ultimately played in 15 games for the Leos while making nine starts on the offensive line.

2014-2016: David was Montreal’s first-round selection (fifth overall) in the 2014 CFL Draft. A standout at the University of Montreal, he signed as a free agent with the NFL’s Carolina Panthers in 2014. Making the club’s 53 man roster, the Quebec native appeared in five games that season seeing action at both right and left tackle. After spending all but one week of the 2015 season on the Panthers’ practice roster, he was waived during training camp last year.

College:
2010-2013: David played four seasons with the Carabins and successfully made the switch from defensive line to the offensive side of the ball in 2011. The Quebec native’s draft stock rose quickly as the Carabins became a national power eventually winning the Vanier Cup in 2014. David’s dominant play from the tackle position over his final three years resulted in his selection by the Montreal Alouettes in the first round of the 2014 CFL Draft and a free agent offer from the Carolina Panthers.

Personal:
David resides in Montreal in the off-season and was a Criminology major in university. When not in the gym getting ready for football season, you’ll find him on the ice chasing pucks. He notes his first NFL start as his best football memory and his parents as his biggest fans. David has been playing football since the age of 12 and was college teammates with current Lions defensive lineman David Menard. He loves Metallica and lists the Godfather as his go-to movie choice.