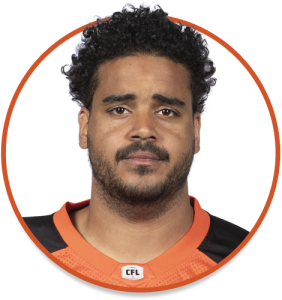 Acquired:
The BC Lions selected David in the third round (21st overall) of the 2018 CFL Draft. He signed a contract extension to remain in orange in January of 2021 and then inked a pair of one-year extensions ahead of 2022 and 2023.

2022: Surgery to repair a torn labrum kept Knevel out of action for the entire 2022 season. Following a successful recovery and rehab, the versatile lineman signed a one-year extension for 2023. 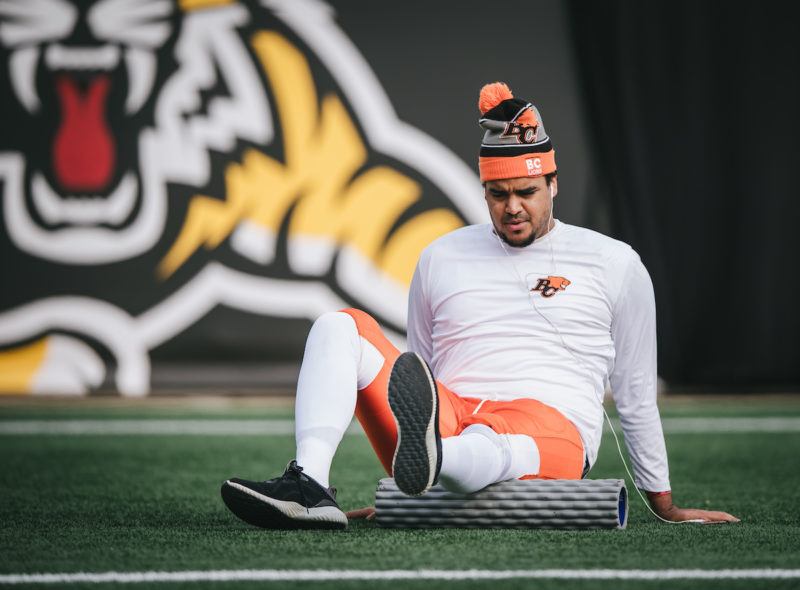 2021: David was once again a versatile member of the offensive line, suiting up in all 14 games and playing a couple of different positions.

2019: In his second season as a Lion, David saw action in three games including a start at left tackle in the final game of the year against Calgary.

2018: David was an important contributor for the Lions as a rookie due to his versatility. He made his CFL debut on July 7 against the Winnipeg Blue Bombers and proceeded to appear in 16 regular season contests with the Leos. He saw time at guard and tackle, proving to be a valuable swingman. David served as a depth lineman in Hamilton against the Tiger-Cats in the East Division Semi-Final.

College:
2014-2017: David appeared in 28 games across four seasons with the University of Nebraska. He stepped into the starting lineup with the Cornhuskers as a junior in 2016, starting eight games for the Big Ten’s best pass-blocking unit. Knevel played in eight games as a senior and his strong work at right tackle helped Nebraska quarterback Tanner Lee eclipse 3,000 yards passing on the season.

Personal:
David majored in history and is a three-time Nebraska Scholar-Athlete Honor Roll selection. He is a four-time member of the Brook Berringer and Tom Osborne Citizenship Teams. Knevel devotes much of his free time to working in the community and he has volunteered with Make-A-Wish, the Lincoln Marathon, Husker Hotline, Shop with a Jock, the Souper Bowl of Caring, Uplifting Athletes, Pilger tornado relief and local hospital visits.