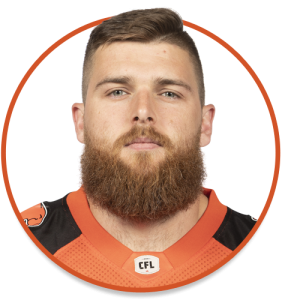 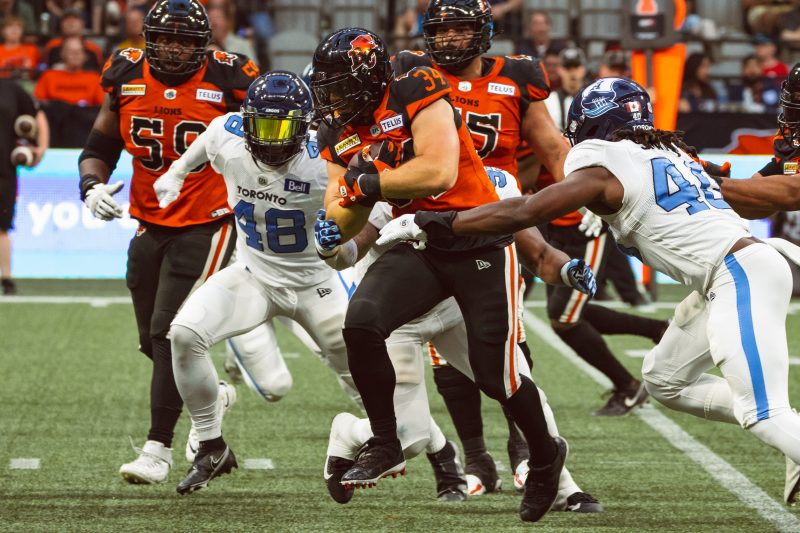 The BC Lions selected David in the second round (16th overall) of the 2018 CFL Draft. In January, he re-signed with the team for 2021 and inked another extension prior to the 2022 campaign before locking in for two more years on January 18, 2023.

2022: Despite being limited by a late-season toe injury, Mackie was once again a solid contributor on the field and in the locker room in year number four. In 14 regular season games, the fullback carried the ball 19 times for 94 yards and also scored his first career touchdown in a victory over Toronto on June 25. Mackie also hauled in six receptions for 41 yards, both career highs, while contributing on special teams with three tackles. He was also the club’s nomination for the Jake Gaudaur Veterans’ Award for demonstrating leadership and comradeship while also overcoming his injury.

2021: Voted a team captain prior to the start of his third season in orange and black, David went on to suit up in all 14 regular season contests where he caught three passes for 14 yards and added eight tackles on special teams. He was once again reliable in the pass protection game.

2019: Taking on a full-time role as the team’s starting fullback David was in the midst of a notable sophomore campaign with the Lions before a season-ending knee injury brought his year to a close after 11 games. In that time, however, he tallied five receptions for 49 yards with 29 of those yards coming in a single catch versus Hamilton in August. David also notched four special teams stops on the year.

2018: David had a very strong rookie season for the Lions, dressing in 17 games and hauling in two passes for 16 yards. He was also a useful member of the Lions’ coverage teams, recording six special teams tackles. The Western alum made his CFL debut on June 29 against the Edmonton Eskimos and made his postseason debut in the East Division Semi-Final against the Hamilton Tiger-Cats.

College:
2014-2017: David appeared in 27 games across four seasons with Western University. Along with creating running lanes for Mustang tailbacks, David ran the ball three times for 13 yards and hauled in 20 passes for 261 yards and one touchdown during his career. He played for the East squad in the U SPORTS East-West Bowl and was named an OUA First-Team All-Star.

Personal:
David studied Kinesiology at Western University. His most memorable moment on the football field was taking home the Vanier Cup with the Mustangs in 2017. His grandfather is former Toronto Argonauts centre, Baz Mackie. He tries to emulate the soft hands and strong blocking of former Washington Redskins’ tight end, Chris Cooley.