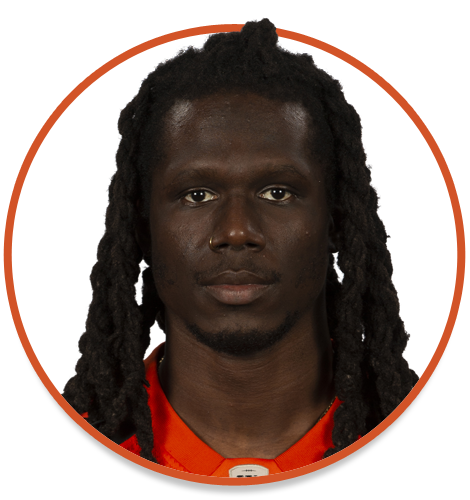 Acquired:
Jamie was signed by the Lions as a free agent in September 2019.

Highlights:
2021: Jamie made strides in his second CFL campaign, suiting up in ten contests while registering six defensive tackles and two tackles on special teams. He recovered from a late-season thumb injury to suit up on defence in the win over Edmonton to wrap up 2021.

2019: In September, Jamie was signed as a free agent and spent five weeks on the Lions’ practice roster before making his CFL debut versus Saskatchewan in October. Prior to joining the Lions, Jamie was a 2019 CFL Draft selection of the Toronto Argonauts (5th round, 39th overall).  He attended training camp with the Argos and was waived as part of the club’s final roster cut-down period.

College:
Jamie enjoyed a productive U-Sport career at the University of Ottawa tallying 98 solo stops and 14 interceptions over four years with the Gee-Gees while earning two All-Canadian nods. His lofty numbers in 2017 which included 33 tackles and five picks over eight starts also earned him an OUA First-Team All-Star selection.