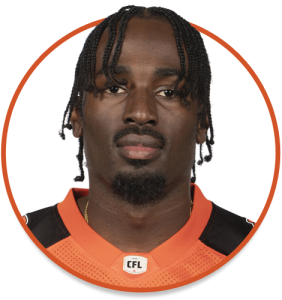 Acquired:
Jevon was signed by the Lions as a territorial-protected junior player in December 2018. 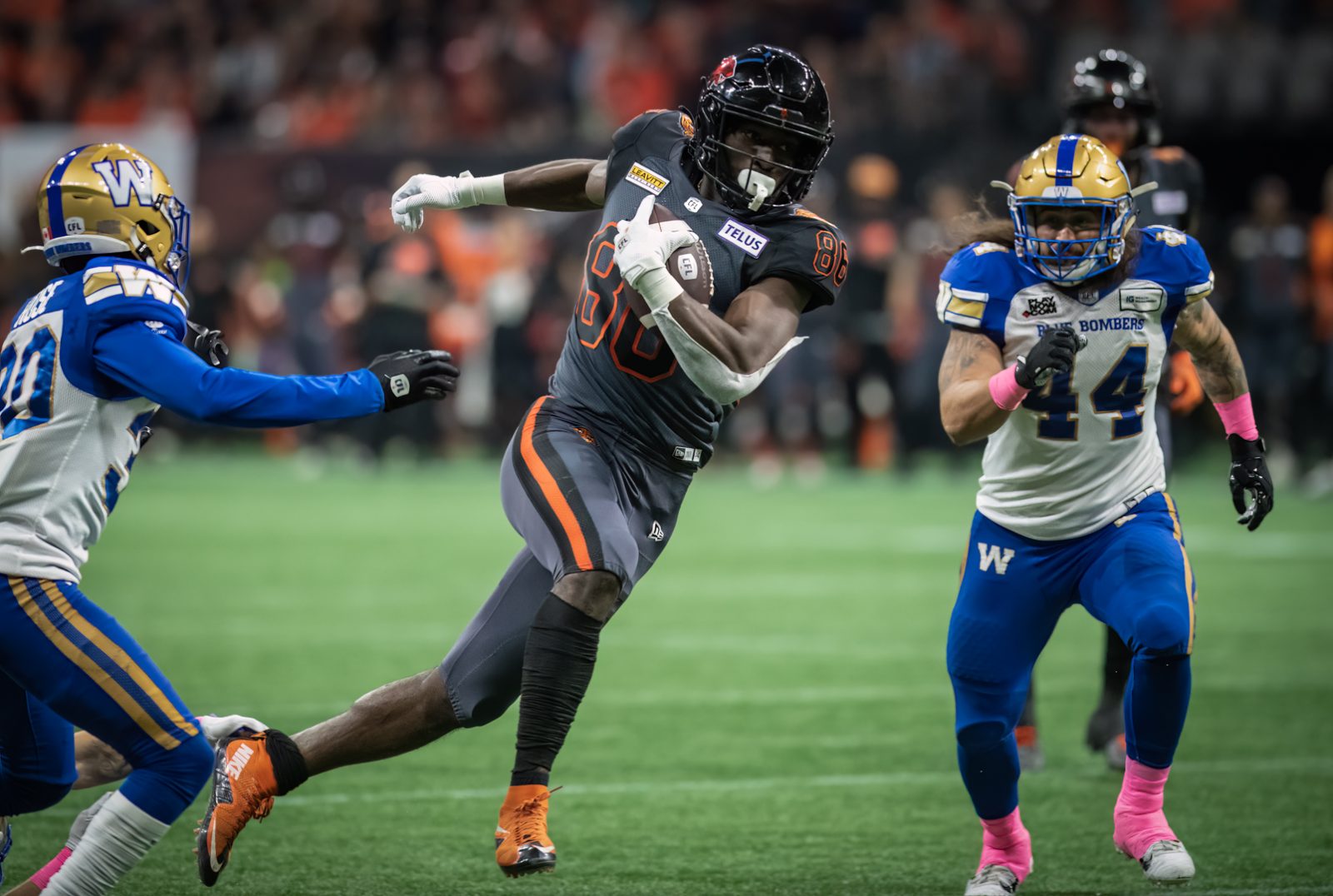 2022: Jevon started all 18 regular season contests in 2022 and would record 50 receptions for 551 yards and matched his career-high of three touchdown catches. Made his playoff debut in the Western Semi-Final win over Calgary and hauled in three catches for 30 yards the next week at Winnipeg in the Western Final.

2021: Jevon took another positive step forward in the offence this past season, recording 39 receptions for 519 yards and three touchdowns. His receiving yard total was good for third on the squad behind only Bryan Burnham and Lucky Whitehead.

2019: Jevon enjoyed a remarkable breakout season after a head-turning training camp audition that resulted in a starting role on offence. Appearing in 16 games and hauling in 38 passes for 386 yards along with a touchdown, Jevon’s contributions earned him a team nomination as Most Outstanding Rookie.

Junior:
2018: Jevon lit up the junior ranks with the Langley Rams of the BCFC  in 2018 tallying 39 receptions for 657 yards and eight touchdowns over an eight-game span. Saving his best performances for the postseason, the Calgary-born standout also piled up another 645 yards and eight majors on 25 catches through four playoff games. The lofty regular season numbers earned him a BCFC All-Star selection.

2014-2017: Prior to his time with the Rams, Jevon spent a pair of seasons with the Prairie Football Confrence’s Calgary Colts in 2014 and 2015. Set to enter the University of Calgary in the fall of 2016, the hulking receiver suffered a knee injury. He spent 2017 returning to form before moving west to BC.