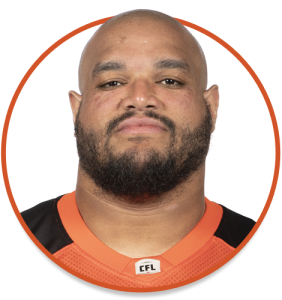 Acquired:
Joel signed as a free agent with the Lions on February 13, 2018. He signed a two-year extension with the Lions in December 2018 keeping him in black and orange through the 2020 season while re-upping with other contract extensions in both 2021 and 2022.

2022: The savvy veteran was yet again an anchor up front, starting all 18 regular season games at left tackle and earning the team nomination for CFL Most Outstanding 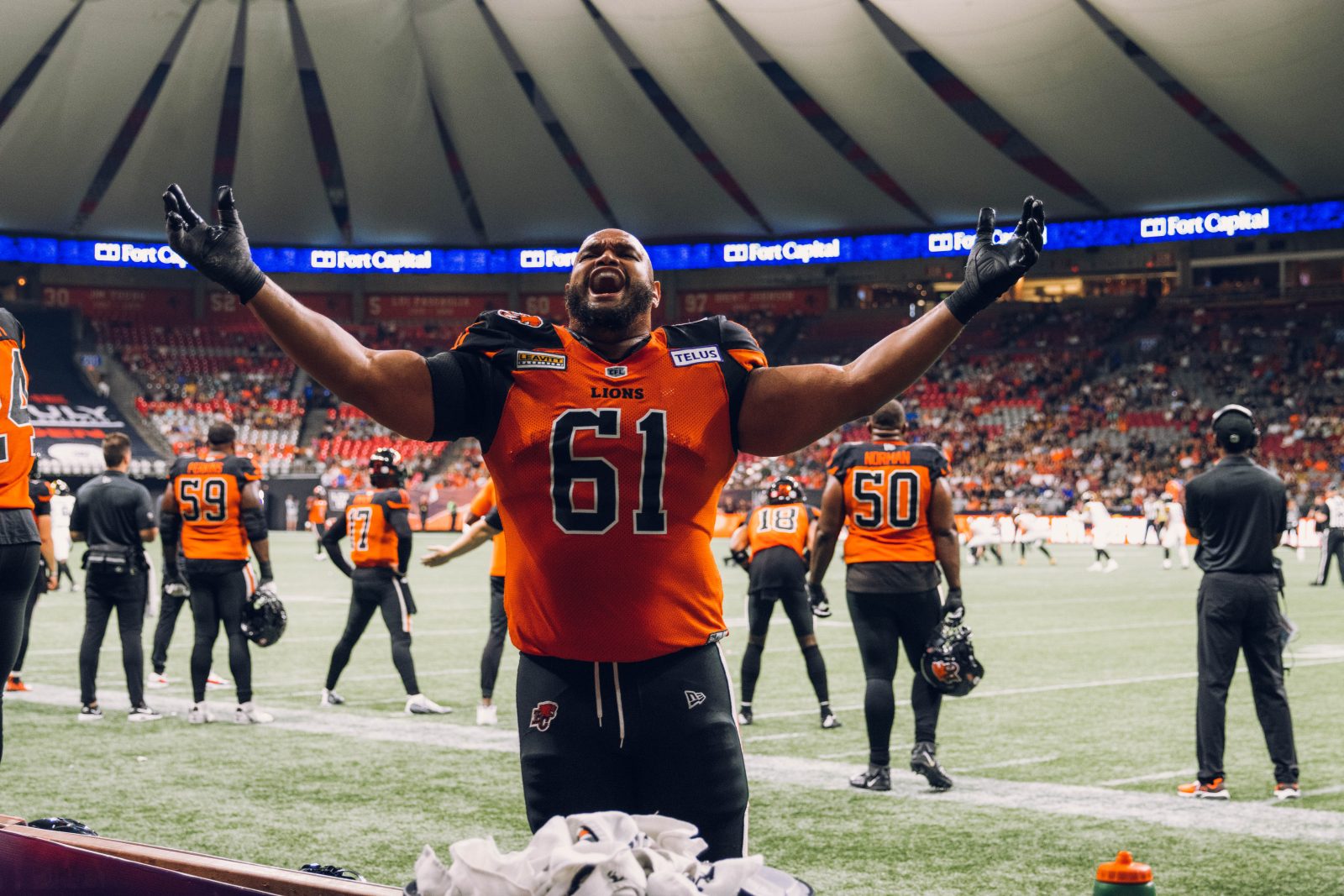 Lineman. Figueroa got his first taste of playoff action since 2018 when he started in the Western Final at Winnipeg after missing the Semi-Final the week before due to injury.

2021: Fig was once again a steady force at left tackle, despite battling through a couple of injuries throughout the season, he started 12 more contests to bring his career total of games played to 90. Figueroa’s play helped Michael Reilly finish the season at the CFL’s top passer.

2019: Another solid year from the second-year Lion who anchored the offensive line from his left tackle position. Fig saw action in 16 regular season games and earned his second-consecutive team nomination as Most Outstanding Lineman.

2018: Joel lived up to his preseason free agent headlines providing consistency in both the passing and running game from his position at left tackle. The University of Miami product started all 18 regular season games for the Leos along with the Eastern Semi-Final protecting the blind side en route to being named the Lions’ Most Outstanding Lineman.

2016–2017 (Edm): Joel signed with Edmonton as a free agent prior to the 2016 season and spent two seasons with the Eskimos. He appeared in 33 regular season games for the Green and Gold, the final 15 of which were as the team’s starting left tackle. Joel also saw action in four playoff games during his two years in Edmonton.

College:
2006-2011: Joel spent five seasons at the University of Miami Figueroa, playing 43 games for the Hurricanes. He was granted an extra year of NCAA eligibility after sustaining an injury in 2010. The following year, Figueroa won the Community Service Man of the Year Award.

Personal:
Joel, known to his teammates as ‘Fig’, was a double major at the University of Miami, graduating with degrees in sociology and geography. His first start for the Hurricanes ranks amongst his fondest football memories and he loved traveling to play in front of large crowds at some of college football’s most famous stadiums. Fig enjoys spending his free time hanging out with his family and lists his mother as the person he admires the most. Joel has Puerto Rican heritage and says salsa music is his favourite genre, particularly Hector Lavoe. Growing up he loved to watch Warren Sapp of the Tampa Bay Buccaneers, and Fig tries to incorporate the violence Sapp played with into his own game.