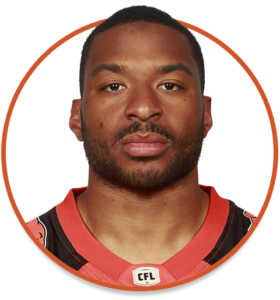 Acquired:
John was signed by the Lions as a free agent in February 2019. He re-signed with the Lions for the 2020 season in late November. 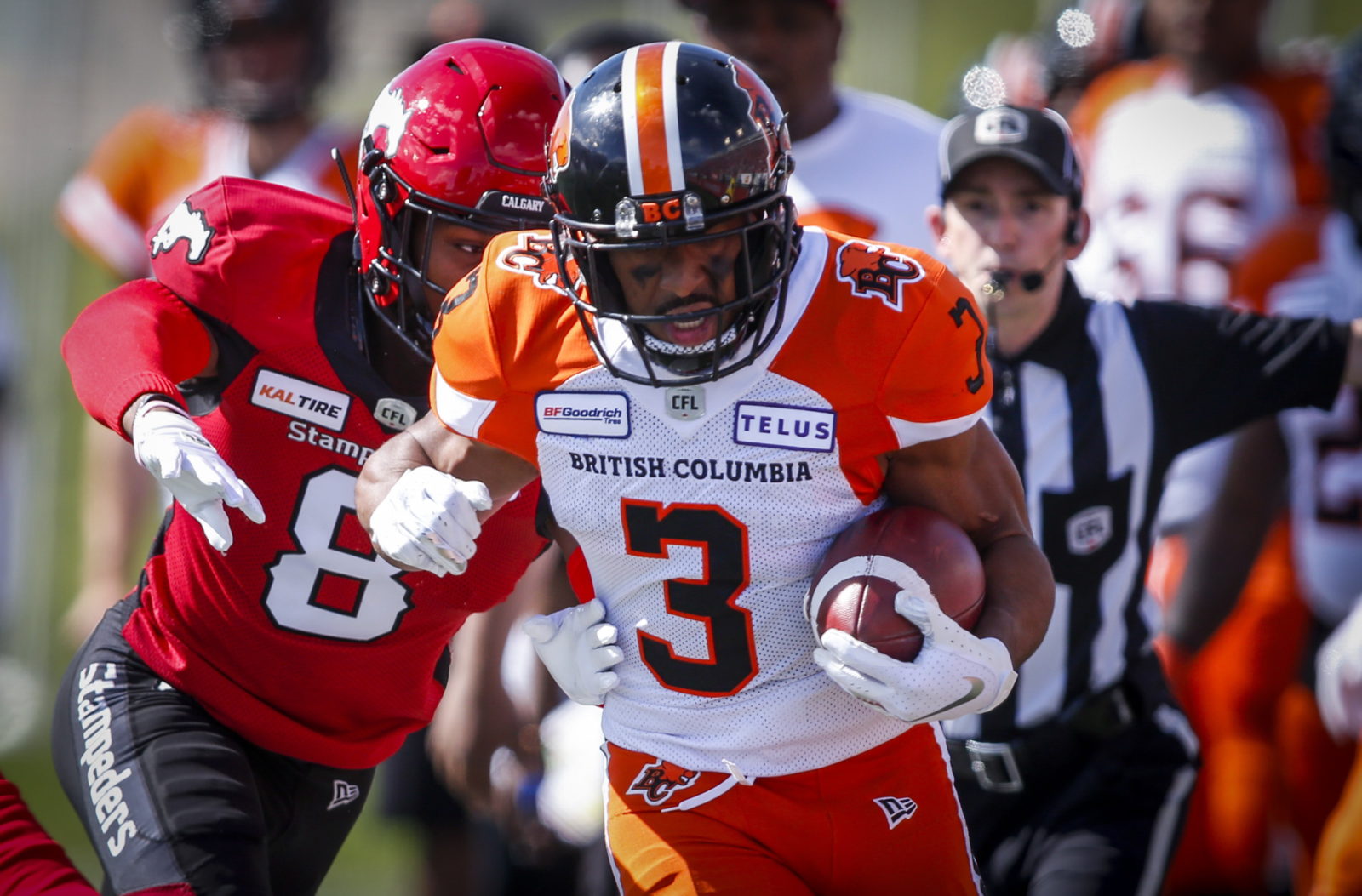 Highlights:
2019:  A season of redemption for the crafty running back as John established career-highs in games played (16), carries (192) and rushing yards (1,004) along with seven majors. He also added another 341 yards and a touchdown on 46 receptions. The offensive production saw John pile-up 1,345 combined yards trailing only Bryan Burnahm and kick returner Ryan Lankford. His biggest game on the year came in Toronto in July when he rumbled for 138 yards and a TD on 22 carries and added another 28 yards on four receptions. John finished the season fourth in rushing yards among all CFL running backs.

2018 (Ham): John was signed by the Hamilton Tiger-Cats just prior to training camp and started the season on the club’s practice roster before being activated in Week 4 versus Saskatchewan. He went on to appear in seven regular season games tallying 78 carries for 400 yards and two majors with another 51 yards through the air on eight receptions.

2013–2017 (Edm): Signed as free agent, John enjoyed a notable stay in Edmonton beginning with a rookie campaign in 2013 that saw him roll-up 260 yards and a touchdown on 69 carries through 15 games as a back-up with another 86 yards coming on seven receptions and two more majors. His sophomore year was a breakout season with 852 yards coming from 123 carries with a pair of touchdowns in addition to another 182 yards out of the backfield on 17 receptions. The lofty numbers earned him a CFL All-Star selection.

His 2015 season was over before it had a chance to start when a torn Achillies sidelined him for the entire season. He bounced back in 2016 with a career-high 886 yards and eight TD’s on 164 carries with another 464 yards on a career-high 56 receptions. A knee injury would derail his 2017 campaign limiting him to just 120 yards on the ground. His time in Edmonton came to a close just prior to training camp in 2018 when he was waived by the club.

College:
2009-2012: In two seasons and 24 games at Utah, John set school records for rushing yards per game (106.7) and career 100-yard games (14). He departed the Utes program ranked sixth in career rushing yards with 2,560, fourth all-time in career carries with 534 and tied for fourth in career rushing touchdowns with 23. He was the only running back in school history with back-to-back 1,000-yard seasons. Prior to Utah, he set numerous records at L.A. Harbor College (2009-10) and was named Central West Conference Offensive Player of the Year.