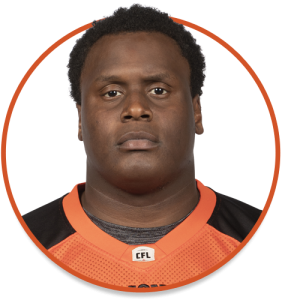 Acquired:
Josh was signed as a free agent by the Lions in January 2021.

2021: following an impressive showing in training camp, Banks made the active roster and would go on to appear in all 14 games while starting at defensive tackle. A reliable run-stopper, Banks recorded 15 defensive tackles including a pair for a loss.

2017-18: Josh signed with the New York Giants as a non-drafted free agent in May 2017 and would spend most of the next two seasons on the practice squad. He suited up in all four pre-season games in 2018.

College:
2012-2016: Suited up in 43 games at Wake Forest, recording 107 total tackles, 17.5 tackles for a loss, five sacks, one interception, a touchdown, three pass knockdowns, two forced fumbles and one fumble recovery. He added a pair of sacks in the Deamon Deacons’ 2016 Military Bowl win over Temple.