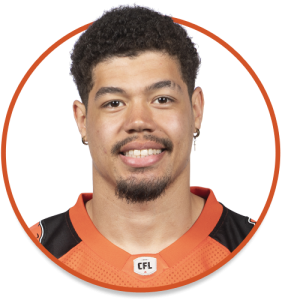 Acquired:
Josh was signed as a free agent by the Lions in October 2021.

Highlights:
2021: After joining the team in October, Josh would go on to suit up in the final two regular season contests, recording one defensive tackle.

College:
2015-2019: Suited up in 31 games at UCLA while recording 111 total tackles- 69 solo, 42 assisted-, 11.5 tackles for a loss, five-and-a-half sacks, two fumble recoveries, two pass knockdowns and an interception. As a senior in 2019, led all Bruins defenders with 4.5 sacks and was fourth on the team with 51 tackles. Josh was also named second-team All-PAC-12 by the Associated Press, won the Ed “Coach K’ Kezerian Award for Athletic and Academic balance and was also named to the PAC-12 Fall Academic Honour Roll.