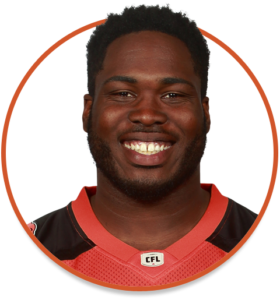 Acquired:
Junior was selected by the BC Lions in the first round (seventh overall) of the 2017 CFL Draft. 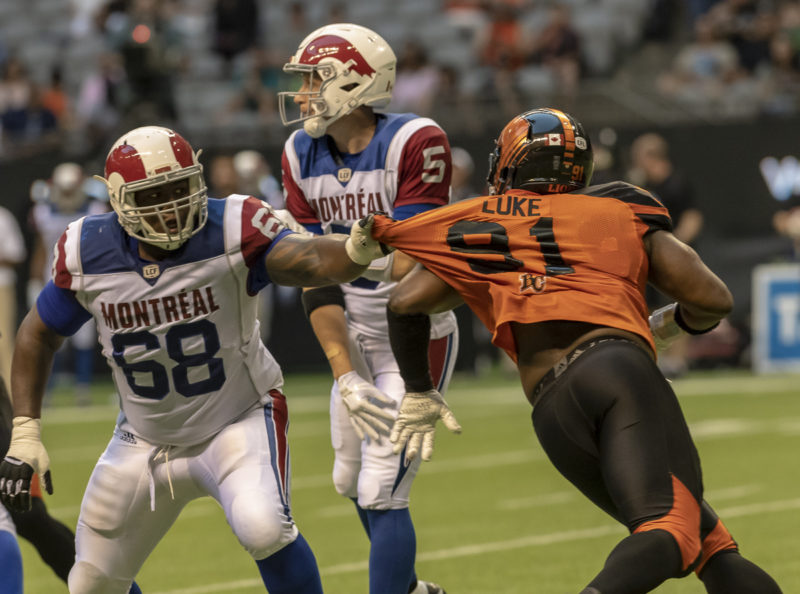 Highlights:
2019: Another steady year from the talented interior lineman as Junior appeared in all 18 games for the Lions with four starts. He added another nine defensive tackles and a sack to his career totals and also notched his first interception on the road against the Winnipeg Blue Bombers in August

2018: Junior took some significant steps during his sophomore season with the Lions. The Montreal native appeared in 17 contests for the Leos, making seven starts at nose tackle. Junior notched 11 defensive stops and tallyied one quarterback sack. He also made his postseason debut in 2018, recording a pair of tackles against the Hamilton Tiger-Cats in the East Division Semi-Final.

2017: Junior had a productive rookie season with the Lions in 2017. The athletic interior defensive lineman suited up in all 18 regular season games and made seven starts for the Leos. Improving as the season went on, Junior registered five defensive tackles, two sacks, eight quarterback pressures, one tackle for a loss and a pair of pass knock downs. His best game of 2017 came during the Lions’ 36-27 win against the Blue Bombers in Winnipeg on October 28 when he notched two tackles, one sack and two additional quarterback pressures.

College:
2013-2016: Across 32 career games with the Carabins, Junior notched 46 total tackles, 14.5 tackles for a loss and 11 quarterback sacks. Luke excelled during his final season in Montreal, posting 18 tackles and 8.5 tackles for a loss through 8 games. Junior’s 6 sacks in 2016 where the seventh highest tally in the nation.

Junior participated in the CIS East West Bowl following his final season at the University of Montreal and shot up draft boards after an incredible performance at the 2017 CFL Combine.

Personal:
Junior says winning the first Vanier Cup in Carabins’ history during the 2014 season is his most memorable moment on the gridiron. The Social Work major enjoys listening to any kind of music except heavy metal. Junior loves to laugh and cites The Big Bang Theory as his favourite television show. He likes to unwind after a long day by playing video games, particularly NCAA Football 14. He lists his defensive coordinator at the University of Montreal, Paul Eddy Saint-Vilien, as his football mentor. If Junior wasn’t blowing up running lanes for the Lions, he would be bettering the lives of young Canadians as a social worker.