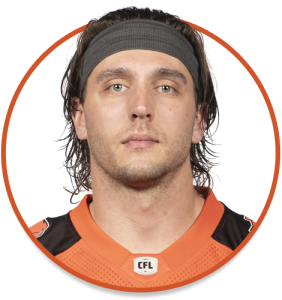 Acquired:
Kevin was signed as a free agent by the Lions in October 2021.

2021: Attended rookie mini-camp with the Carolina Panthers before signing on with the Lions in October. Dressed in one regular season game, October 30th at Toronto, in place of Nathan Rourke.

College:
2020: Transferred to the University of Washington before forgoing his final year of eligibility due to the pandemic.

2014-15: Began college career at UNLV as a true freshman in 2014 before serving as a backup quarterback the next season.