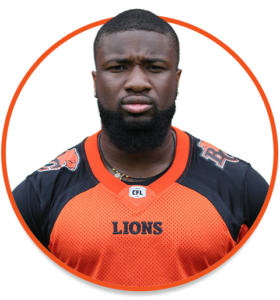 Acquired:
Khadim was signed as a free agent in late June 2019 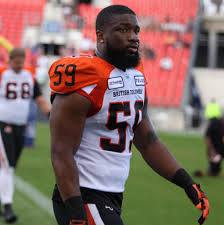 Highlights:
2019: Khadim was free agent signing of the club in late June and made his Lions debut at Toronto in July. He dressed for seven-straight games in a special teams role and collected four tackles before spending the final eight weeks of the year on the injured list.

2018: Khadim joined the Alouettes as the team’s seventh-round selection, 52nd overall in the 2018 CFL Draft. He made his pro debut in week three versus Saskatchewan and ultimately appeared in three games for the Als in 2018 registering two defensive tackles.