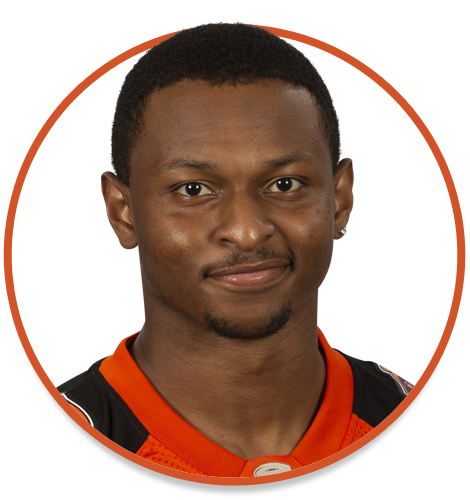 Acquired:
KiAnte was signed as a free agent by the Lions in February 2021.

Highlights:
2021: Hardin suited up in 11 games in his first season up north, recording 45 defensive tackles and a pair of interceptions. His first career interception came off of Bo Levi Mitchell in a big victory in Calgary back on August 12th.

College:
2017-2019: KiAnte transferred to Pittsburg State for his final three years of eligibility and would be a redshirt in 2017. Before his 2018 season was cut short due to injury, he made six starts and recorded seven combined tackles, two interceptions, four pass breakups plus a sack and still earned third-team All-MIAA honours despite missing the final five contests. He returned to start all 11 games in his senior season and racked up 27 combined tackles,  four interceptions, and 11 pass breakups.

2015-2016: Began his college career at the University of Minnesota. In 21 total games with the Golden Gophers, Hardin made 52 combined tackles, two interceptions and seven pass breakups while also compiling 328 all-purpose yards as a kick returner.

Personal:
Majored in Finance. Along with excelling on the football field, Hardin was an All-State track athlete in high school, capturing the Missouri Class 4A 100-metre title in 2015