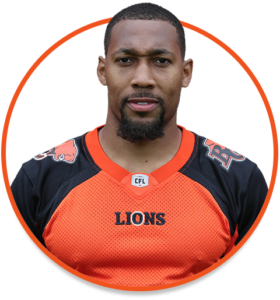 Acquired:
Korey was signed as a free agent by the Lions in June 2019.

Highlights:
2012-2018: Korey began his pro career as a member of the Seattle Seahawks where he was the club’s fifth-round selection (154th overall) in the 2012 NFL Draft. The Idaho grad spent a year on Seattle’s injured list before being waived in camp in 2013. He went on to spend time with Dallas, St. Louis, San Diego, San Francisco and Green Bay over the next five seasons, seeing action in 53 regular season games and tallying 91 tackles, two sacks, five forced fumbles and an interception. College:
2019–2011: After a two-year junior college stint at Arizona Western, Korey attended Idaho where he spent two active seasons with the Vandals. Seeing action primarily on special teams, the Nevada native notched six tackles in his first year before his second season was cut short after one game due to a hand injury. He returned to action in 2011 appearing in 12 games racking-up 38 solo stops along with four sacks. Versatile and athletic, Korey also played fullback rushing for 27 yards on nine carries. A favourite among teammates, he was voted the team’s MVP as a senior.