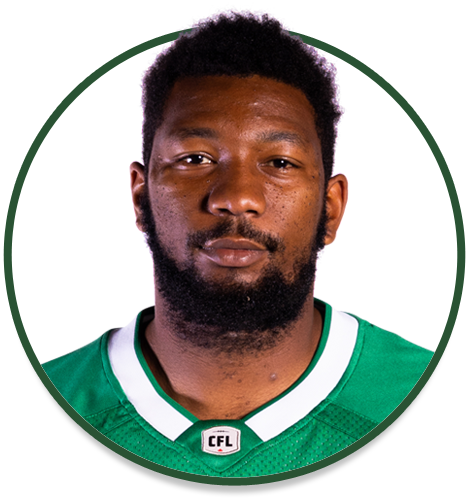 Loucheiz signed as a free agent on February 8th, 2022, returning to the team he spent his first two CFL seasons with.

2021: Louchiez enjoyed another stellar season with the Roughriders as he registered 39 tackles and two interceptions on the defensive side. He was also a key member of the special teams unit with six kickoff returns for 131 yards.

2019: Louchiez tallied 40 defensive stops, along with two sacks and three interceptions. On kickoff returns, he registered a total of1,201 yards and one return for a touchdown.

2018: Loucheiz played seven games for the Ottawa REDBLACKS and moved on to the Saskatchewan Roughriders for the rest of 2018 season. He registered 29 tackles and one interception during his short stint with Ottawa, and another 27 tackles, three interceptions with the Roughriders.

2016-2017: During his first two seasons with the Lions, Loucheiz combined 92 defensive tackles, five sacks, four interceptions, four forced fumbles and one defensive  touchdown while suiting up in all 36 regular season games.

2014: Loucheiz signed with the Indianapolis Colts as a non-drafted free agent in May and would record five defensive tackles and a pass deflection in his rookie campaign. Claimed off waivers by the Seattle Seahawks in November of that season.

2011-2013: Loucheiz played three years at the University of Florida. He racked up a total of 102 tackles, two interceptions, two sacks and one defensive touchdown in 69 games. He helped the Gators secured the Gator Bowl victory over the Ohio State Buckeyes in 2011.