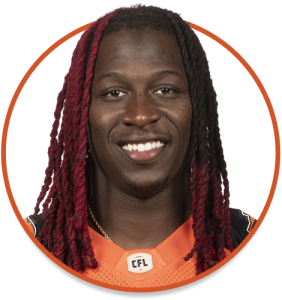 Lucky was signed as a free agent by the Lions on February 9, 2021 and would ink a two-year extension with the club ahead of the 2022 campaign. 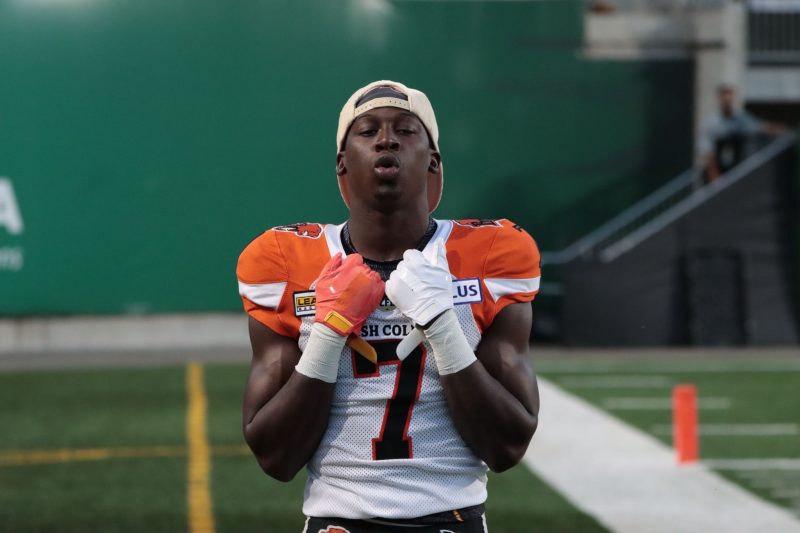 2022: The charismatic Whitehead enjoyed the finest season of his career, racking up 1,011 receiving yards and three touchdowns on 78 total receptions. Recorded a season-high 148 yards in a win over Edmonton on August 6. Whitehead also contributed on special teams with 14 punt returns for 86 yards and recording 33 yards on a pair of missed field goal returns.

2021: Lucky brought an immediate spark to the new-look Lions offensive unit and would earn both CFL and West Division All-Star selections for the first time in his career plus a team nomination for CFL Most Outstanding Player. Despite missing two games due to a broken hand, Whitehead led all Lions with 1,212 combined yards and caught 60 passes for 932 yards (good for 5th overall in the CFL) and five touchdowns. His special teams highlights included a 119-yard missed field goal return touchdown in a week six victory over Ottawa.

2019: Lucky officially became a Winnipeg Blue Bomber on May 9, 2019, where he played a role as a receiver and return specialist. During his 15 appearances in 2019, Lucky hauled in 52 passes for 521 yards and two touchdowns. In Week 3 against the Edmonton Football Team, Lucky recorded his first breakout game in the CFL. He caught a 75-yard touchdown late in the first quarter and finished the game with seven receptions for 155 yards and a total of two scores. On special teams, Lucky recorded 596 yards off kickoff returns, including a highlight-reel-worthy 104-yard return TD against the Toronto Argonauts in Week 5. Lucky was a part of the 2019 Grey Cup team for Winnipeg.

2015-2018: Lucky spent the 2015 & 2016 seasons with the Dallas Cowboys. After being signed as an undrafted free agent, he took on kick return duty for Dallas. Lucky registered 1,151 total return yards, 189 rushing yards and nine receptions for 64 receiving yards. He was released by the Cowboys in July 2017 but was shortly claimed off waivers by the New York Jets. From 2017 to 2018, Lucky was on and off the injured reserve list and was released by the Jets at the end of August 2018.

Lucky was a first-team All-American honours and first-team All-Conference player at Dean College. He transferred to Florida Atlantic University for the 2013 & 2014 seasons. In 2013 through 10 game appearances, Lucky registered 284 all-purpose yards for the season. In 2014, Lucky was a threat at receiving and kick-returning. He finished the year for the Owls with 76 receptions for 706 yards and six scores. He also took 21 carries for 210 yards and two scores. Lucky averaged 24.7 yards on kickoff returns and earned the offensive MVP for FAU.