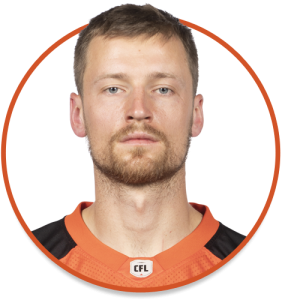 Michael was signed as a free agent on Feb 8, during the opening day of 2022 free agency. 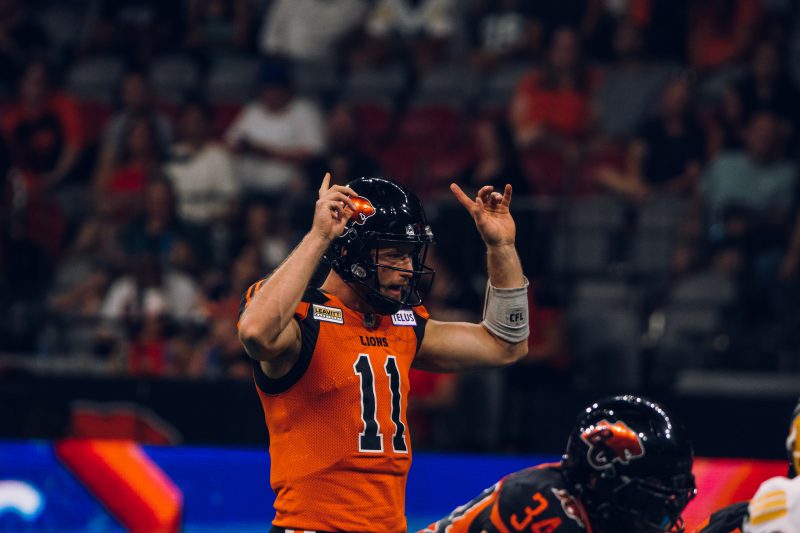 2022: Michael dressed in a career-high 17 regular season games, making his first career start against the Saskatchewan Roughriders on August 26. He finished the season with 15 completions for 127 yards.

2021: O’Connor’s contract ended after the 2020 canceled season and became a free agent signing with the Calgary Stampeders on February 9, 2021. He was dressed for six contests.

2019: With the Argos, he played two games while dressing for nine and completed 15 of 25 passes for 173 yards and a touchdown connecting with Rodney Smith for an 11-yard receiving touchdown. His first game was on July 6, 2019, against the Lions.

2016: Michael attended the BC Lions training camp in Kamloops as part of the Canadian Quarterback Internship program.

2015-18: O’Connor initially attended Penn State, but after redshirting his freshman year, he transferred to join the UBC Thunderbirds in 2015. He completed 773 or 1,197 passes for 9,990 yards and 61 touchdowns. Along with taking the T-Birds to the Canada West Playoffs every season, O’Connor led the Thunderbirds to a Vanier Cup in 2015, earning game MVP honours in the title game win over Montreal.