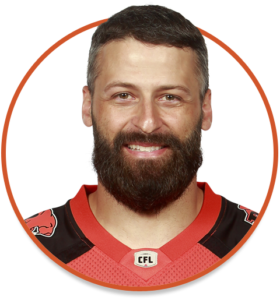 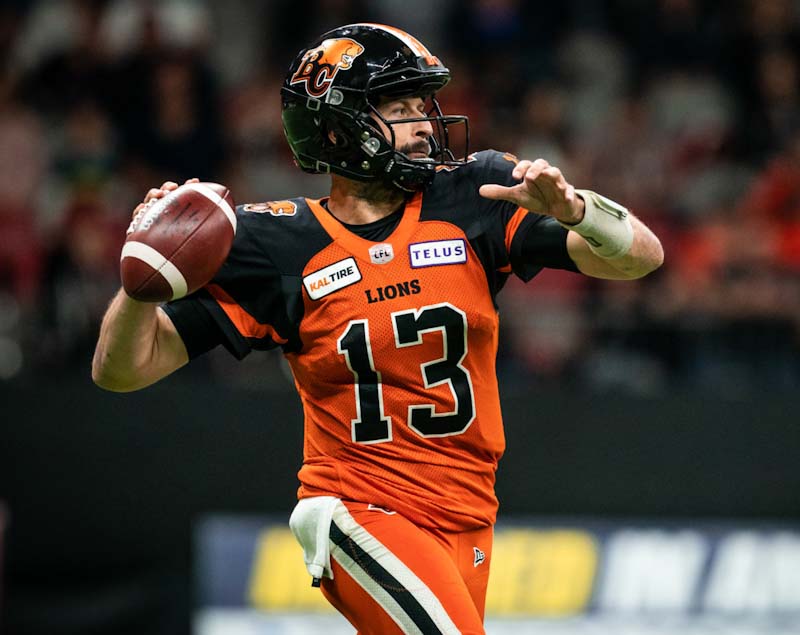 Highlights:
2019: Mike re-joined the Lions in February and was the team’s starting quarterback for 16 regular season games until a wrist injury suffered in Edmonton in October ended his year with two games remaining on the schedule. He finished 2019 with 3,897 passing yards which was fifth among all CFL quarterbacks. His biggest output on the year came against Ottawa in September when he threw for 353 yards and a pair of touchdowns on the day. Mike saw his career passing yards eclipse the 30,000-yard mark in 2019 while also pushing his all-time total of 300-yard games to 51. 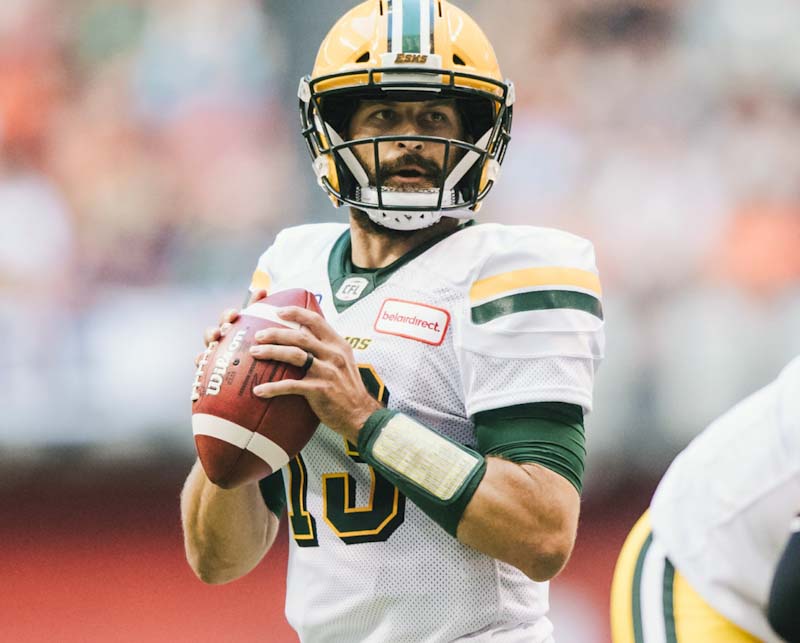 2013-2018 (EDM): Mike enjoyed a remarkable run during his time in Edmonton appearing in 99 regular season games over six seasons throwing for 26,929 yards on 2,120 completions with 144 touchdowns. Remarkably consistent, he became just the third quarterback CFL history to throw for more than 5,000 yards in three-consecutive years after hitting the magic number in 2016, ‘17 and ’18. Only Doug Flutie (four years) and Anthony Calvillo have achieved the same feat.

While he led the CFL with 5,562 passing yards in 2018, his incredible 5830-yard, 447-completion, 30-touchdown campaign in 2017 was his best as a pro setting a Green and Gold franchise record for passing yards and earning himself a CFL Most Outstanding Player selection as well as a CFL All-Star nod.

A career-high for completions (448) and his first of three 5,000-yard efforts highlighted his 2016 season, but his determination and toughness in 2015 was equally incredible for different reasons. Returning to the lineup from an early-season knee injury, Mike appeared in just 10 games throwing for 2,449 yards. His leadership and masterful play was on full display as the season closed out however, as he led his Edmonton squad to a Grey Cup title. It marked his second win on the CFL’s biggest stage but first as a starter and Mike capped the year by being named Grey Cup MVP after throwing for 269 yards and a pair of majors in the win.

2010-2012 (BC): Mike joined the Lions in the later stages of the 2010 season and after a few games on the club’s practice roster ascended to a back-up role appearing in four games. He was listed as the third quarterback for the 2011 campaign throwing just a pair of passes, completing one for 12 yards but enjoyed his first taste of Grey Cup glory as a member of the club’s title-winning team that year. In 2012, he was the team’s back-up quarterback behind Travis Lulay and saw a pair of starts ultimately throwing for a total of 684 yards on 74 completions and four majors.

College:
Reilly transferred to Central Washington after redshirting the 2004 season at Washington State. It proved to be a smart move as he finished up his career in 2008 ranked third in Division II history in career passing yardage (12,448) including the 3,706 yards he threw for in his final season to finish as the runner-up for the Harlon Hill Trophy, the Division II Heisman.  He holds the NCAA all-divisions record with at least one touchdown pass in all 46 career games and completed 64.1% of his passes during that time along with 118 touchdowns.