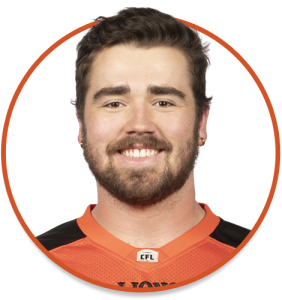 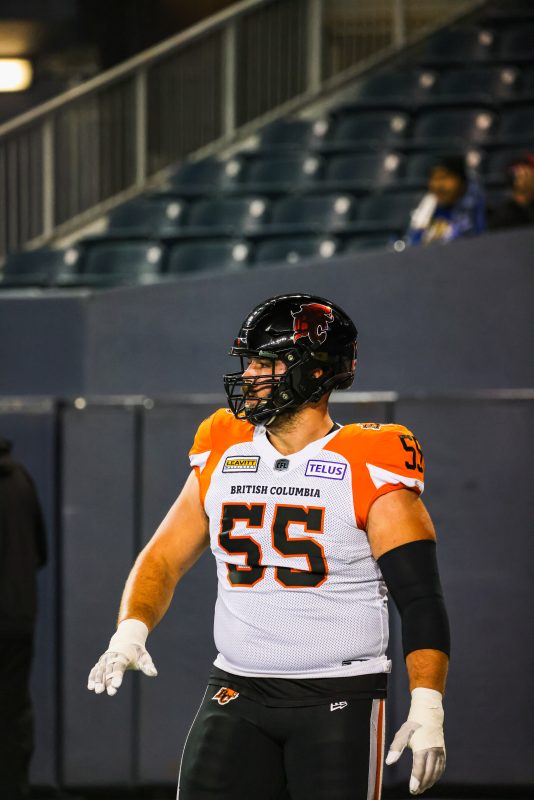 Acquired:
Noah was selected in round two (12th overall) of the 2022 CFL Draft.

2022: Noah earned an invite to New York Giants mini-camp before reporting to the Lions for the start of 2022 training camp in Kamloops. He would go on to dress in three regular season contests for the Leos in his rookie campaign.

College:
2021: Through all ten games in 2021 for the Huskies, Zerr’s dominant play earned him 2021 First-Team All-Canadian honours and a spot in the 2021 U-Sports East-West Bowl. Zerr was a big part of the Huskies’ run all the way to the 2021 Vanier Cup, they ultimately lost 27-21 to the Western Mustangs. Zerr’s was also critical in helping the offence pound their way to wins in the Hardy Cup and Uteck Bowl. He was also voted the Huskies’ lineman of the year.

2019: Noah was a staple in the Huskies’ offensive line through 2019, helping the team to a 6-4 record on the season. The Huskies ultimately fell to the University of Calgary Dinos by a score of 4-29 for the Hardy Cup.

2018: Zerr and the Huskies rebounded in 2018, posting a 7-4 record over the course of the season. Zerr helped the Huskies to a Hardy Cup victory over the University of Calgary Dinos, taking a decisive 43-18 win.

2017: Noah Zerr’s first full season with the Huskies saw him get into all nine games throughout the season and cement a regular spot on the roster.

2016: Noah got into one game with the University of Saskatchewan Huskies in the 2016 season, contributing one tackle in an early-season loss.