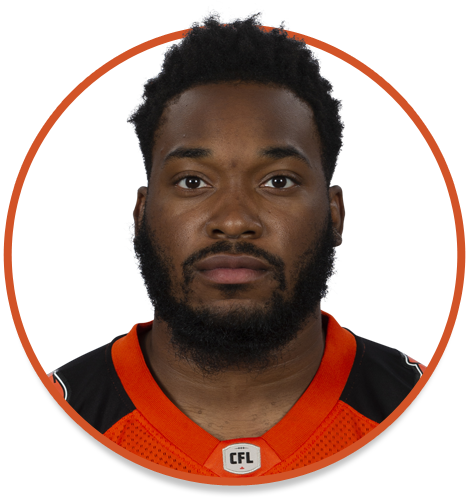 Acquired:
O’Shane was signed by the Lions as a free agent in August 2019.

Highlights:
2021: O’Shane suited up in all 14 regular season games in his second season with the squad while recording five tackles and special teams and serving as a backup primarily at the SAM linebacker position.

2019: O’Shane was signed as a free agent by the Lions in August. He made his CFL debut in September versus the Montreal Alouettes and notched his first career special teams tackle a week later against Ottawa. He finished the year with nine tackles over the span of seven games. Prior to signing with BC, O’Shane was a territorial protected junior player of the Edmonton Eskimos. He attended training camp with the Esks and was waived during the club’s final roster cut-down period in June.

Juniors:
O’Shane was a member of the Edmonton Huskies of the CJFL for three seasons. During his final year of eligibility, in 2018 he appeared in 10 games and turned heads of pro scouts recording 58 total tackles, one quarterback sack, two interceptions, one forced fumble and two fumble recoveries which he returned for touchdowns.