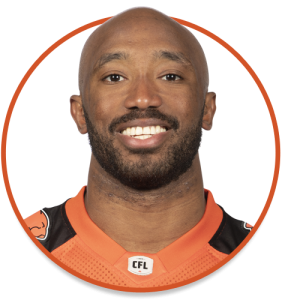 Acquired:
Obum was signed as a free agent by the Lions in December of 2020. 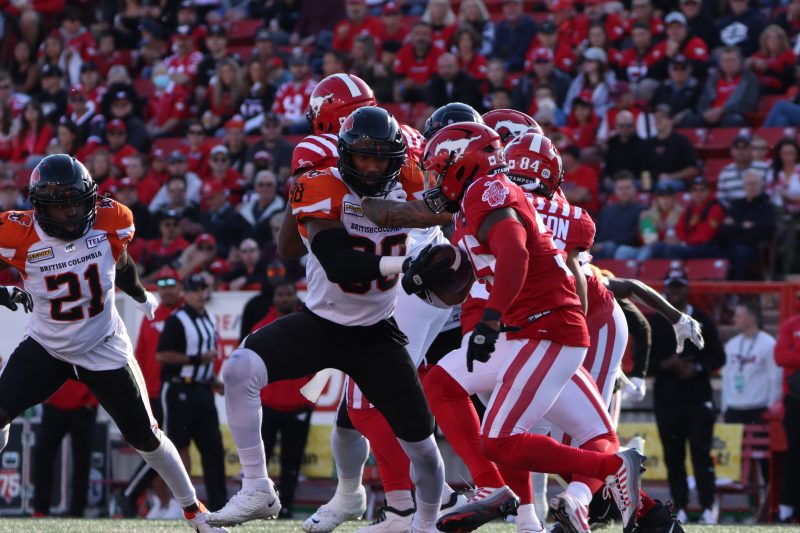 2022: Gwacham appeared in 14 regular season games at defensive end, recording 25 tackles and a career-high five sacks plus a forced fumble.

2021: The man known as “Boom” to his teammates dressed in all 12 regular season games. His four quarterback sacks tied him with Bo Lokombo for second on the team while he added 25 defensive tackles, four tackles for a loss, two fumble recoveries, two knockdowns, one interception and a forced fumble.

2020: Obum was selected in round two of the XFL Draft by the Tampa Bay Vipers and was promoted to the active roster on February 24th.

2019: After beginning 2019 with the Arizona Hotshots of the Alliance of American Football (AAF), Obum attended training camp with the Indianapolis Colts.

2015-17: Obum suited up in 15 NFL games split between the New Orleans Saints and New York Jets. He recorded ten total tackles, 2.5 sacks and a forced fumble.

College:
2011-2014: Obum spent four years at Oregon State, beginning as a receiver and hauled in eight passes for 147 yards as a freshman. After battling an ankle injury in year two and playing his junior season primarily on special teams, he made the transition to defence and would record 27 tackles and four sacks in his senior season. He also earned a Pac-12 All-Academic Team Honour in 2014. Obum was also known as track star with the Beavers, finishing sixth in High Jump in the 2012 Pac-12 Championships.

Personal:
Obum was born in Nigeria before moving with his family to Chino Hills, California. He majored in Marketing at Oregon State. His name means “Son of God” in Nigerian. Obum has an older brother Nnamdhi who was a four-year letterman receiver at Utah State. He took part in Oregon State’s Doctors Without Borders mission trip to the Dominican Republic in 2014.