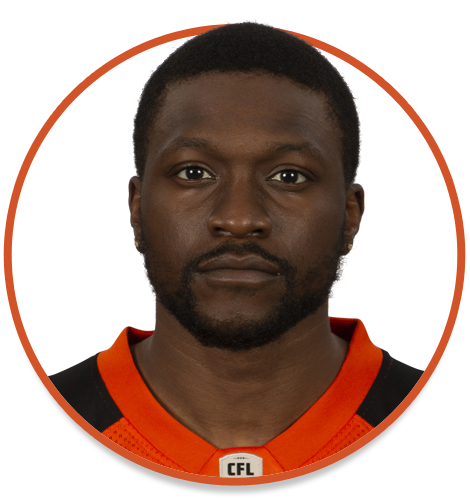 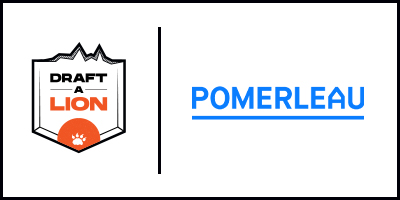 Acquired:
Shaq was selected in the fourth round (32nd overall) by the Lions in the 2016 CFL Draft. He signed a one-year contract extension in advance of the 2018 season and another one-year deal for 2019. After the cancellation of 2020, Shaq put pen to paper on another one-year extension in January 2021.

2019: A career-year for the gifted receiver as Shaq hit highs of 39 receptions and 597 receiving yards for the year. Appearing in all 18 games for the second time in his career, his biggest outing came in Ottawa when he torched the RedBlacks secondary for 160 yards including a 67-yard TD strike thrown by fellow receiver Duron Carter.

2018: Shaq started 16 regular season games for the Lions, catching 28 passes for 336 yards and three touchdowns.  The speedy Ontario native recorded two receptions for 36 yards and the Lions’ only touchdown in the East Semi-Final against the Hamilton Tiger-Cats.

2017: One of the club’s most improved players in 2017, Shaq started all 18 regular season games and was the club’s nominee as Most Outstanding Canadian. He recorded 30 catches for 521 yards with two touchdowns on the year and notched the team’s highest per-catch average at 17.2 yards along with six plays of 30 yards or more. His first CFL major came in front of family and friends in a 41-26 victory at Hamilton on July 15th. His best outing in 2017 came against Ottawa on October 7th when he had four receptions for 93 yards and his second touchdown of the year.

2016: Shaq spent the majority of his rookie season on the club’s practice roster, but he eventually made his Lions debut on October 14 in Winnipeg. He also dressed for the regular season finale versus Saskatchewan and the Western Semi-Final versus Winnipeg. Seeing action primarily on special teams, he notched one tackle on the year.

College:
2012-2015: Shaq was named the nation’s top rookie for McGill in 2012, after making 61 catches for 792 yards, and five touchdowns. He also broke the existing CIS rookie record of 57 receptions, with an impressive 61 receptions. Shaq’s next two seasons were spent with the Western Mustangs, and London Beefeaters, where he totaled 50 catches for 931 yards, and recorded 10 touchdowns.