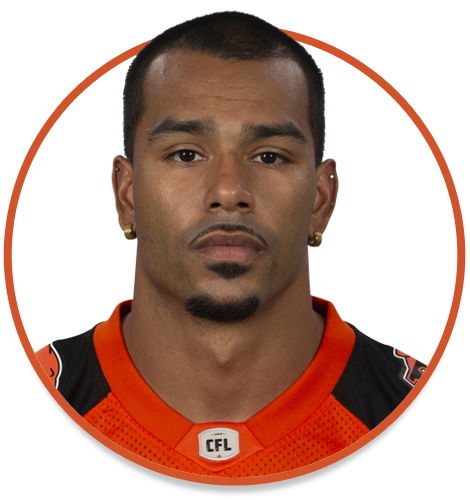 Acquired:
Victor was signed as a free agent for the second time by the Lions in May 2019. Last December, he signed a multi-year extension with the team through 2022.

Highlights:
2021: Victor recorded nine defensive tackles in two games before a torn bicep ended his season prematurely in a win over Ottawa on September 11th.

2019: Victor enjoyed a productive training camp with the Lions and earned a practice roster spot heading into the regular season. He made his pro debut versus Edmonton in Week 2 and ultimately appeared in seven games, six as a starter at cornerback. He tallied his first pro interception versus Saskatchewan in July and finished the year with eight defensive tackles, three stops on special teams along with a forced fumble.

College:
2014–17:  Victor played in 42 games as an Eagle including 27 as a starting corner back. He concluded his career with 159 total tackles, seven interceptions and 16 passes broken up. He had two interceptions as a freshman in 2014 at Southern Utah and a career-high eight tackles that same season versus Montana.