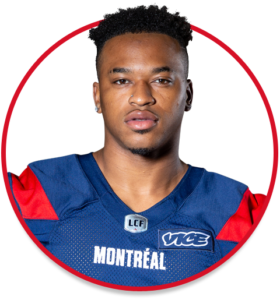 Acquired:
Zac was signed as a free agent by the Lions in January 2022.

2020: Suited up for Alphas of the US developmental Spring League.

2019: Zac signed with the Montreal Alouettes and would go on to dress in two regular season contests.

College:
2017: Zac transferred to Virginia State for his senior year and caught 34 passes for 676 yards and four touchdowns in 11 contests.
2014-15: Played two seasons at Liberty and was the Flames’ second leading receiver in 2015 with 49 receptions for 464 yards in 11 games. Also led his team with 114 yards on 11 punt returns, including a 71-yarder to the house against Gardner-Webb. Zac earned a Big South second-team All-Conference honour.