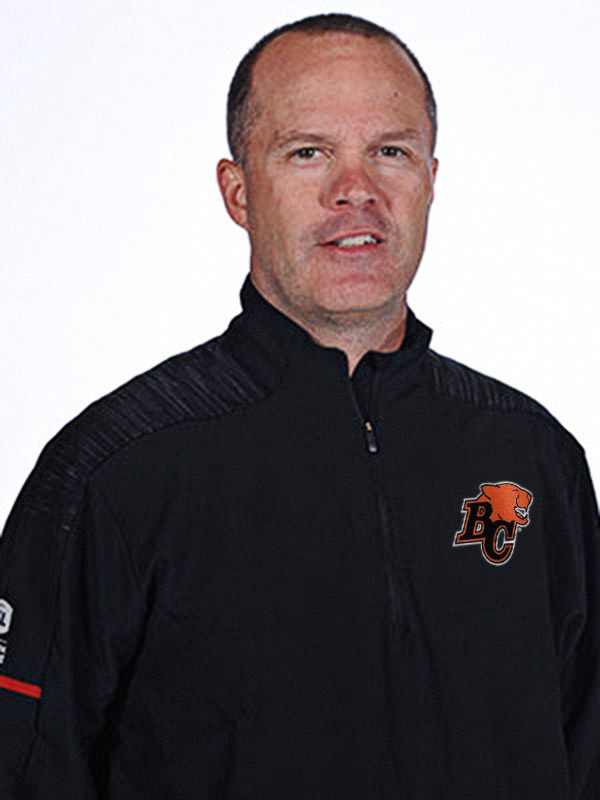 Rick was introduced as the 27th head coach in BC Lions history in early December 2019 and also added Co-General Manager duties prior to the 2021 season. He was most recently the head coach of the Ottawa RedBlacks from 2014 to 2019. Rick also serves as the team’s defensive coordinator.

Enjoying a varied, effective and accomplished coaching career which began more than 20 years ago as a graduate assistant at the University of Oregon, Campbell has served on coaching staffs in Edmonton (’99-’08, ’11), Winnipeg (2009) and Calgary (2010, ’12-’13) before being named Ottawa’s first head coach in 2014.

While at the helm of the RedBlacks, the 48-year-old native of Spokane, Washington quickly transformed the expansion club into an East Division power and enjoyed three trips to the Grey Cup in 2015, 2016 and 2018.

His hard work and innovative approach to coaching earned him the CFL’s Coach of the Year award in 2015 after guiding Ottawa to a Grey Cup appearance in just his second year with the club. A year later, Rick enjoyed his first Grey Cup title as a head coach as the RedBlacks triumphed over the Calgary Stampeders 39-33 in an overtime thriller.

Since taking his first coaching position in 1999, Rick has been part of three Grey Cup champions including a pair of tiles in Edmonton in 2003 and 2005. His two decades spent in the CFL include roles as a defensive coordinator, special teams coordinator, defensive backs coach and running backs coach.

Growing up in Edmonton and a graduate of Washington State University, Rick’s ties to coaching run deep as the son of Canadian Football Hall of Fame member Hugh Campbell who enjoyed a storied playing career with the Saskatchewan Roughriders and coached Edmonton’s historic five-in-a-row squads that won Grey Cup championships in 1978, ’79, ‘80, ‘81 and ’82.