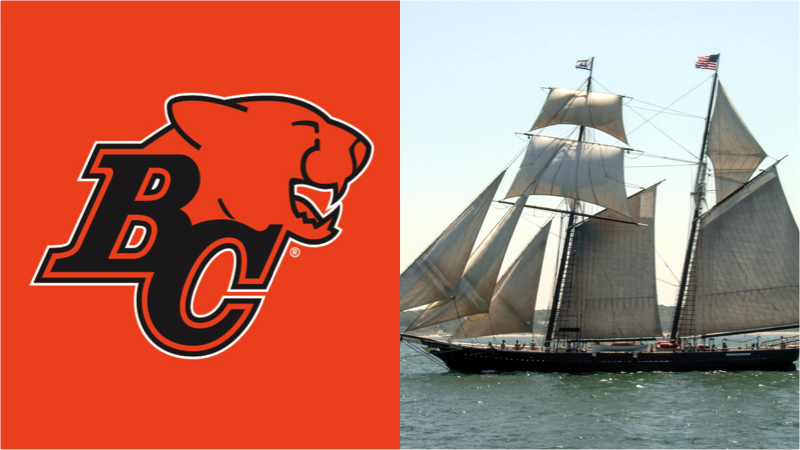 “Good afternoon Canada and welcome to sold-out Lobster Field in Halifax and the first annual Coast Bowl between the Atlantic Schooners and BC Lions. East meets West in a brand new CFL tradition here on Labour Day, 2022.  37-year old Mike Reilly plans to put on a show for the Maritime fans as he continues his quest for a third straight CFL Most Outstanding Player award. After a tough 2019 campaign, he rallied to lead British Columbia to back-to-back Grey Cup championships, including a double-overtime victory over the hometown Tiger-Cats in Hamilton last November.”

Okay, we can dare to dream, can’t we?

Even if the Atlantic Schooners have yet to break ground on a stadium or even be officially added as the CFL’s tenth franchise, Commissioner Randy Ambrosie has made no secret of his desire for the league to go coast-to-coast at some point during his stewardship. The success of last Sunday’s ‘Touchdown Atlantic’ game between Toronto and Montreal in Moncton was just the latest reminder of how hungry that region is for their own franchise. 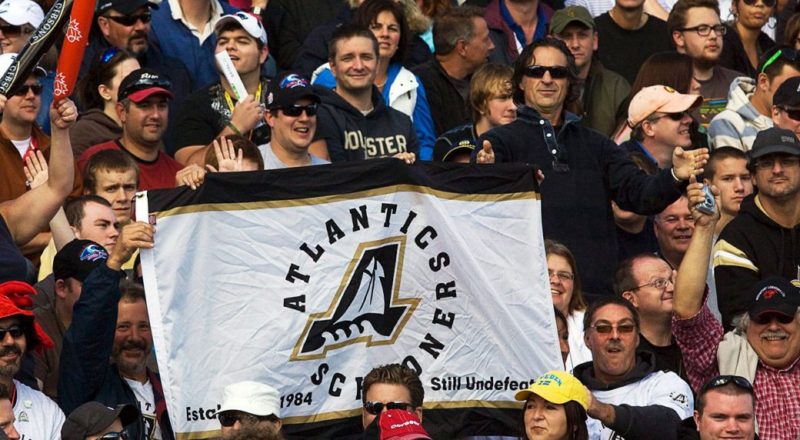 It’s one of the great traditions in pro sports: Labour Day Weekend in the Canadian Football League, also known as ‘Rivalry Weekend.’ There is the Battle of Alberta between Calgary and Edmonton, always crucial as it seems one or both teams is in Grey Cup contention once the calendar flips to September. The hatred between Saskatchewan and Winnipeg has only been re-ignited since the re-match in Manitoba was dubbed the Banjo Bowl. Toronto and Hamilton represent the league’s oldest rivalry, those cities being so different despite being less than an hour apart only adding more hatred between the franchises.

Labour Day Weekend looming and all we can do is dream about an eventual rivalry game between @BCLions and @SchoonersATL 🦁⛵️ pic.twitter.com/OcE2XQvEIh

Yet with a nine-team league, it is the BC Lions who are left watching the Labour Day fun on television. Sure, in the years Ottawa didn’t have a franchise there was an annual “coastal” matchup with Montreal, typically served as an appetizer on Friday night of the September long weekend. It came during an era where the teams also met in a couple of Grey Cups and were by and large the two model franchises. Still, it always seemed like a stop-gap measure until Ottawa eventually returned, which they did in 2014. For that season and then from 2016-18, the Alouettes and Redblacks have met on the Thursday or Friday of Labour Day weekend. Both will join the Lions on a bye week this weekend.

Once the Schooners are officially in (we only used 2022 as the fun example), it only makes sense to have the two coastal clubs clash on the holiday weekend. During an offseason visit to the Lions facilities, Ambrosie himself spoke glowingly about the possibility in a sit-down with bclions.com.

“There is an interesting story there, right? You want to bring the country together, one day bring them together on Labour Day. It’s the culmination of the great Canadian summer. East versus West could be another great part of the scheduling exercise. We have so many other great Labour Day matchups and that would be special as well. It’s just another reason for me to be excited about the possibility of adding a team in the Maritimes.”

Just think of the amazing scheduling possibilities as well. The Alberta and Ontario rivalries have always been a Monday doubleheader, with Saskatchewan and Winnipeg locking horns on Sunday. This would create a couple of neat scenarios: you could load up on Monday by having the Lions and Schooners play the first of three games or stretch out the rivalry action throughout the weekend by having Ottawa/Montreal and the Lions/Schooners as a Saturday double-header with Winnipeg and Saskatchewan as the stand-alone game on Sunday. TSN scheduling considerations would have to be factored in, of course.

And then what would you do about a rematch for the Coast Bowl? The league could easily follow the template of these other rivalries and have it played the following weekend. Or you could double-down and make the Schooners visit BC Place on Thanksgiving Monday afternoon. The Turkey Bowl on the West Coast certainly has a nice ring to it.

What about the actual name for Labour Day Weekend? Coast Bowl has a nice ring to it, sure. What about the Fish Bowl? Trans-Canada Cup? The possibilities aren’t lacking.

Of course, all of this is a pure fantasy until the Schooners are officially locked in as an expansion franchise. But their entry could provide BC Lions fans with a new tradition they have long been unable to enjoy in this great league.

“And this first Coast Bowl definitely lived up to the hype. Reilly outduels his ex-backup Grant Kraemer and BC prevails 37-34. They are now 11-0 for the first time since 2005. We can’t wait for the rematch next Saturday in Vancouver.”