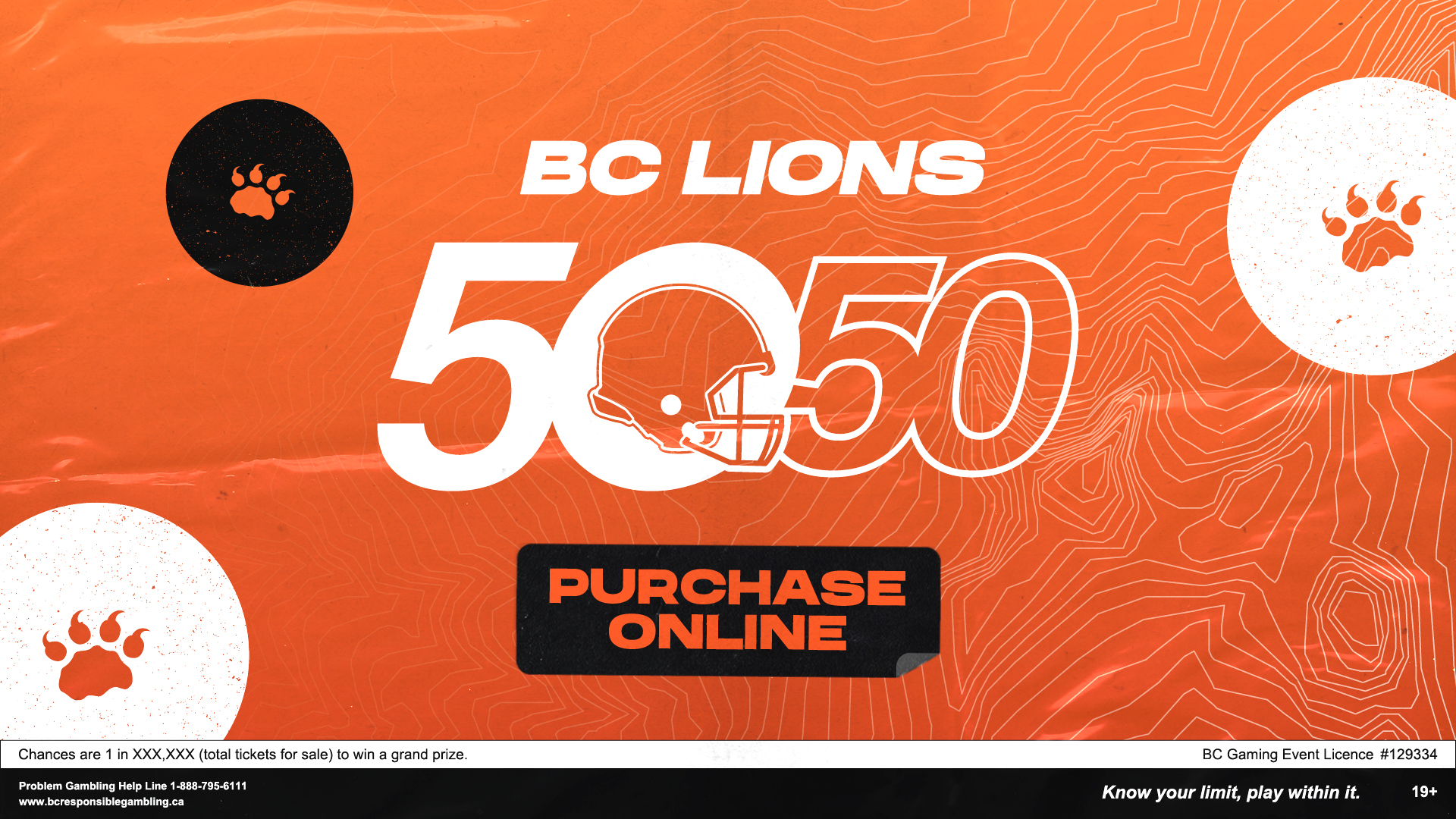 This year, tickets for BC Lions 50/50 are available online and in-stadium!  At the stadium, tickets were sold in-game from the time doors opened at BC Place until the end of halftime. 50/50 Proceeds benefit Amateur Football in British Columbia.

Online ticket buyers received a receipt in their email a few minutes after purchasing.  It listed all numbers associated with the purchased tickets.  Online 50/50 tickets were available for all BC Lions home games all season long.

Purchasers in-game received a paper ticket featuring their draw numbers. Winners were posted on screen in game and on the 50/50 landing page (see below) at the conclusion of the game.  The rules and regulations are shown in detail below.  Once again, thanks to everyone who played this season and check back with us for info on 2020 next spring!  We appreciate your support of BC Amateur Football!

Please note: ALL IN STADIUM 50/50 PURCHASES WILL BE CASHLESS

BC Lions 50/50 Rules & Information for all BC Lions regular season and playoff games:
License #129334

Tickets for the 50/50 Draw presented by the BC Lions and powered by Ascend are sold during each Lions home game at BC Place and Online 24-7 up to the end of half time for the current game to benefit Amateur Football in British Columbia.