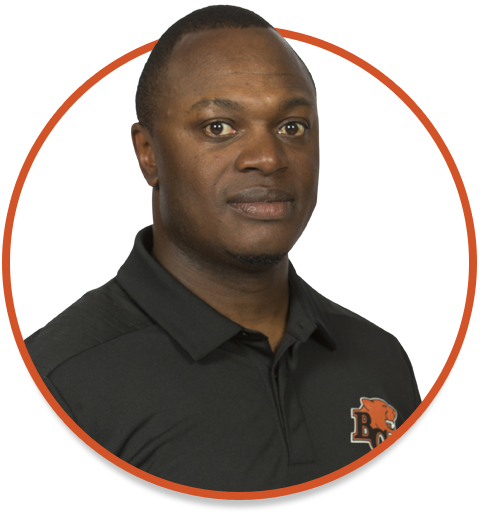 Coaching alongside Lions offensive coordinator Jarious Jackson in Regina, Marcus successfully transitioned from the gridiron to the coaching ranks following 11 seasons as a player.

A native of Winnipeg and a graduate of Texas Southern, Marcus was drafted 25th overall by the ‘Bombers in 2000. He spent time in Ottawa and Calgary in addition to Winnipeg as a receiver, defensive back and returner.

During his time as a player, Markus caught 151 passes for 2,062 yards and nine touchdowns, returned 77 kickoffs for 1,679 yards with one touchdown and also brought back 246 punts for 2,232 yards, including a 96-yard touchdown return in 2007 as a member of the Stampeders. As a defensive back, he added 28 tackles, 21 special teams stops, one forced fumble and two fumble recoveries. He won his first Grey Cup in 2008 with the Calgary Stampeders.

Following a brief retirement, Markus played one more season for his hometown ‘Bombers in 2010 before hanging up his cleats. He joined Winnipeg’s coaching staff in 2011 and spent five years with the club before moving to the Roughriders.