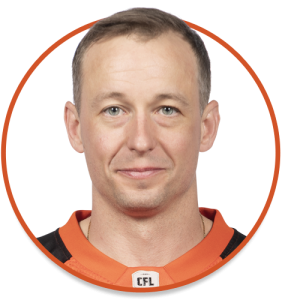 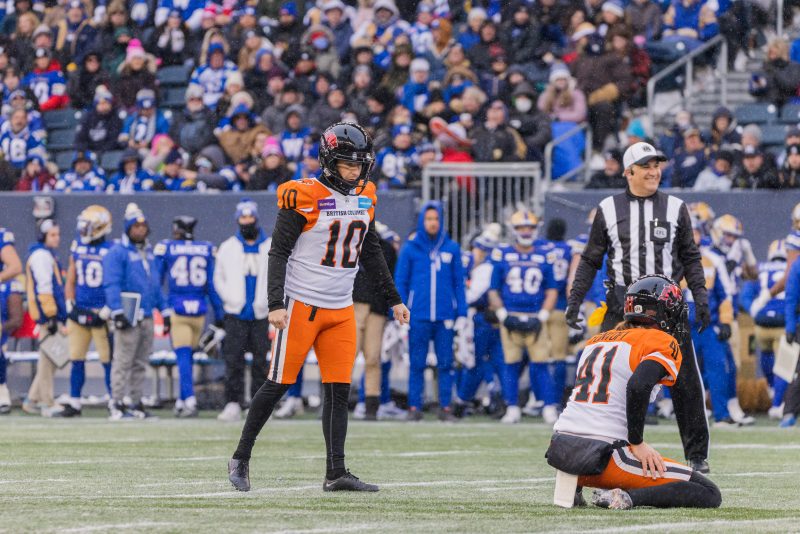 Sean was signed during the first day of 2022 free agency on February 8, returning to his hometown squad. On December 8 of 2022, Whyte inked an extension that keeps him in orange and black for another season.

2022: The ageless Whyte was brilliant in his first season back with the hometown squad, leading the CFL in field goal percentage at 92. 3, while making 36 0f 39 attempts over 18 regular season games. Whyte also enjoyed a stretch where he made 17 consecutive field goals between August 6 and October 8. He finished the regular season making 54 of 55 convert attempts. In two playoff games, Whyte was a perfect four-of-four on-field goal attempts and hit on all five convert attempts. Always a pillar in the community, Whyte was the Lions’ nominee for the Tom Pate Memorial Award.

2017: Converted 15 of his 16 field goal attempts, and 12 of his 14 extra point attempts in six games. Recorded a career-high 55-yard field goal in Week 2. Set a new team franchise record with 25 consecutive field goals made.

2016: Led the CFL with a 93.8 percent field goal percentage, which was the third highest single-season mark in league history. Made 45 of his 48 FG attempts, and 47 of his 53 conversions. Made all 43 of his FG attempts from inside 49 yards. Was named the Elks Most Outstanding Special Teams Player and Most Outstanding Canadian.

2015: Signed with Edmonton and made his debut in Week 11 where he booted the winning points as time expired in a game at Winnipeg. Made 24 of his 26 FG attempts, and 14/14 on converts. Made all three of his field goal tries in the West Final, and all four of his convert attempts. Made one field goal, one convert, and recorded one single in the 103rd Grey Cup.

2011: Signed with the Montreal Alouettes, set a record for consecutive field goals made with 24. Finished the season making 45 field goals.

2009: Sean was signed by the BC Lions as a territorial exemption in 2007. Made 21 of 29 field goal attempts and 71 punts for 2,947 yards. Also had two punt singles and one special teams tackle. Earned CFL Special Teams Player of the Week honours after booting four field goals in a win over Saskatchewan on August 25.