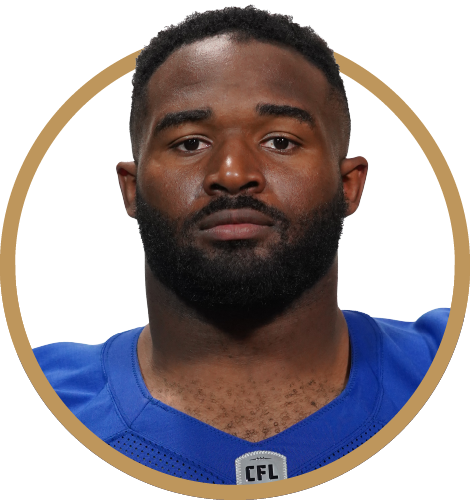 Acquired: Steven signed as a free agent on Feb 8, during the opening day of 2022 free agency.

2021: After the cancellation of the 2020 CFL season, Steven signed a one-year contract extension with Winnipeg. He played in only seven games in 2021 and contributed 13 tackles, four sacks, and one forced fumble. He helped the Blue Bombers capturing back-to-back Grey Cup title in an overtime win 33-25 over the Hamilton Tiger-Cats.

2019: Richardson played every game and started 14 for Winnipeg in the 2019 season and had 25 tackles, and two sacks. He also played in three playoff games and finished the season hoisting the 107th Grey Cup with the Blue Bombers.

2014-17: Richardson had 103 tackles, 28.5 tackles for a loss, 12.5 sacks and five forced fumbles in his 48 games at the University of Minnesota. During his senior season with the Gophers, he tallied 23 tackles and added one forced fumble while being named an All-Big Ten Honorable Mention and winning the program’s Defensive Trench Award as the team’s best defensive lineman. He was named the Gophers Defensive Freshman of the Year in 2014.