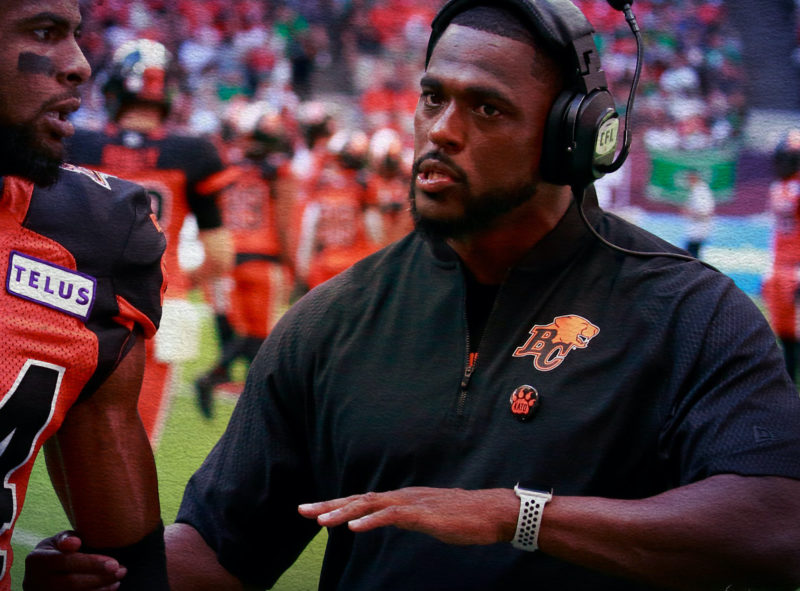 Ryan returns for his second season as defensive backs coach and 14th overall with the organization.

A native of Seattle, Phillips was most recently a member of the Calgary Stampeders player personnel staff in 2018 following a similar position with the Lions in 2017.

The Eastern Washington grad originally joined the Lions as a free agent in 2005 and went on to appear in 212 regular season games for the club (5th all-time among Lions) and enjoyed a pair of Grey Cup wins in 2006 and 2011.

Patrolling the Lions’ secondary with legendary teammates Dante Marsh and Korey Banks, Phillips wrapped up his amazing career with 47 interceptions (2nd all-time among Lions) including a record-tying 12 picks in the 2007 season along with a club-best 816 career return yards and five pick-sixes.

A four-time CFL All-Star and five-time West Division selection, the versatile and gifted defensive back signed with the Montreal Alouettes in 2017 and appeared in two games before returning to the West Coast in a football operations role with the Leos.

Ryan and his wife Fadhila have two sons and reside in the Seattle area.