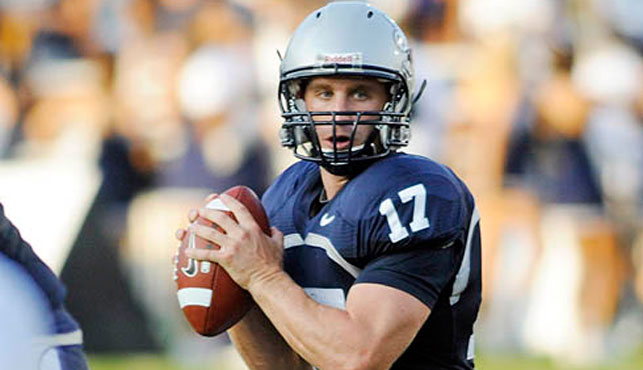 The BC Lions Football Club announced today that quarterback Thomas DeMarco has been signed by the club.

DeMarco comes to the Lions after an outstanding three-year, 35-game run at Old Dominion University throwing for 5,732 yards and 51 touchdowns on 471 completions with an impressive efficiency rating  of 132.2. The athletic pivot also rushed for 1,456 yards and 30 majors on 346 career attempts.

“Thomas has a very strong and accurate arm,” said Lions GM Wally Buono. “We were very impressed with his workout in April and we believe he can compete for a spot on our roster.”

The Palm Desert, California native led an Old Dominion squad to a 9-2 record in 2009 following the school’s 68-year absence from competitive football.  Last year, DeMarco guided his team to a 10-3 record and a post-season win over cross-town rival Norfolk State. He departs Old Dominion as the school’s record holder for most rushing yards and TD’s in a game (245,4) as well as the most passing yards in a game with 407.