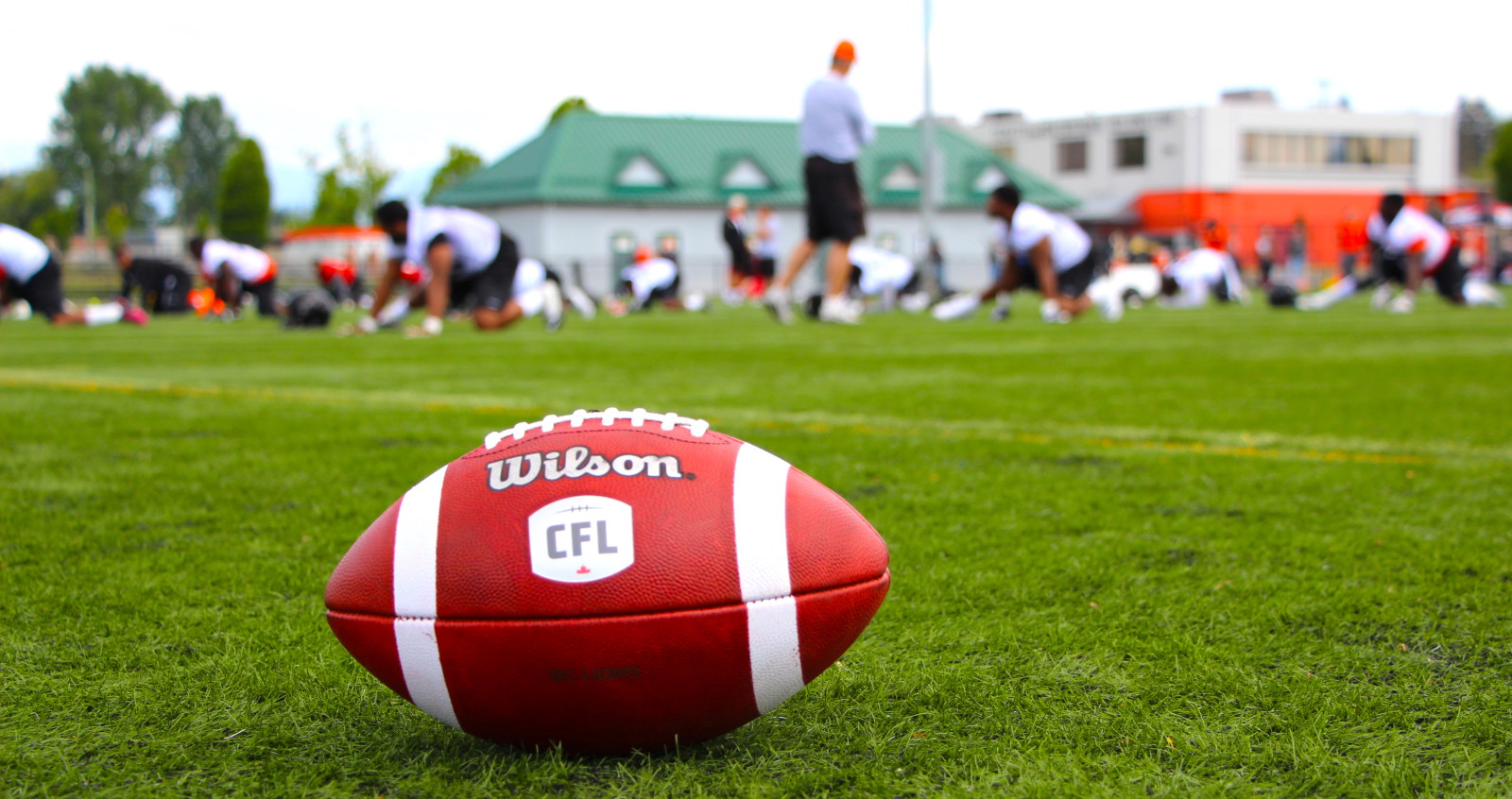 5 TAKE-AWAYS FROM BC LIONS MINI-CAMP

It has been over seven weeks since winter came to an end, but Thursday and Friday felt like an unofficial kick off to spring as the BC Lions held their two-day mini-camp in Surrey. 27 players, newcomers added in the offseason with a few select returnees, donned helmets and practice jerseys for the first time at club headquarters in 2016. BCLions.com looks back at 5 key storylines from the OTA’s

1. BUONO IS BACK AND PREACHING A NEW OUTLOOK

Wally Buono wants to make one thing clear: As far as training camp battles and competition, there will be no stone left un-turned. “Everybody knows there are jobs at stake here,” said the CFL all-time wins leader. “One of the things we want this year is for the guys to compete at all positions. We don’t want anything

Buono was also happy to put on some new ADIDAS swag as mini-camps marked his official return to coaching after a four-year absence.

“If you’re going to be involved, might as well be 100 percent involved,” Buono said. “Whether that’s addressing your team, evaluating your team or building your team. We brought in 8 or 9 impact players and we believe we are better at this point than last year.”

It has been over thirteen years since Buono migrated west of the Rockies after an impressive run of excellence with the Stampeders. The head coach’s stance on preaching competition, along with his confidence in the newcomers’ abilities to make the team better, can only be good news for fans of the club.

WATCH: “The only way you make the team is if you get noticed.” – Buono breaks it down

2. QUARTERBACK DEPTH. WILL THE PRICE BE RIGHT?

One of the key position battles revolves around who will establish himself as the number three quarterback once main camp breaks on June 16th.

Keith Price and Greg McGhee were the two signal callers on hand at the Organized Team Activities (OTAs). Both are looking forward to proving they are worthy of a spot on the active roster and they also used the camp to get to know each other, the rest of their teammates and establish a rapport with offensive coordinator Khari Jones.

“Signing here was a great opportunity to learn from the other QB’s on the roster,” Price said. “Travis Lulay is one of the best in the league and I feel I can play with the best of them too. It’s all about getting that opportunity.”

McGhee is back after splitting 2015 between the practice and active rosters. He dressed as third-stringer for the final nine regular season games and was primarily used on short yardage situations. Despite his status as an incumbent, he is taking nothing for granted as a new season begins.

“The cards will play out as they play out,” the Howard University alum said. “I come in every day to work and once I get my opportunity I have to take advantage of it. Whether it comes next year or in two years, I just need to be ready.”

“It was good for them,” said Lulay who was on the field to provide a little veteran insight. “I’ve always been a big believer in the quarterbacks working together to make the position something we take a lot of pride in and make our team the best it can be.”

WATCH: QB Greg McGhee set for a good competition
WATCH: Keith Price has his eye on the 3rd QB spot

With Solomon Elimimian set to be 100 percent healthy, he and Adam Bighill will once again be the top

linebacker duo in the CFL. Bo Lokombo is also anxious to build off an impressive 2015 season where he led the west division with 24 special teams tackles, added 26 on defence and was a west division all-star. The University of Oregon product took part in OTA’s and hopes it served as a springboard to an even better year. “With Solomon and Bighill, we have two great all-stars,” Lokombo said. “The coaches want me to come in here and once again contribute to the team. OTA allows me to get some reps in, kind of let loose a bit and get ready for main camp.”

WATCH: Bo on his expanded role

4. NEWCOMERS GET ACCUSTOMED TO THE CANADIAN GAME

Bringing in free agents with pro experience south of the border is beneficial, but can also be a bit of a process. While it is great to fill out your roster with players who have attended NFL camps, along with it comes the responsibility to study and learn the different traits of Canadian football. Speedy receiver Avius Capers is one of the newcomers who feels the Canadian game suits his style. “Up here it’s more you just get out and run and beat guys with your speed,” Capers said. “I will get used to knowing I have so much more space to run to the sideline. I can widen the field more with my angles.”

r safety awareness at an all-time high, the defensive players and coaches got to experiment with a new tackling device. Designed to help master “roll tackling,” the donut shaped bags allow players to focus on form and wrap tackling of the ball carrier’s legs. “It teaches proper angles and proper leverage when players come in and make tackles,” said defensive line coach Robin Ross. “Just to have a dummy stand there isn’t realistic. This moving apparatus forces players to use basic fundamentals and keep the head out of the tackle.” Ross first noticed the devices at a coaching convention in January and upon his return, suggested to the staff they implement them for camp. A lot of US Colleges use the device and they are expected to become more common at the pro level.

ADDITIONAL NOTES: Capers attended training camp with his hometown Carolina Panthers and was lucky to get to know the eccentric Cam Newton. The receiver says Newton is the same jokester behind closed doors as he is when the cameras are flashing, “maybe even a bit more”…. Hunter Steward was one of the offensive linemen on hand. Along with preparing for a position change from tackle to guard, the Liberty University product says he is all healed from the broken foot that kept him out until the regular season finale in 2015. “You can’t think about it. You have to stay at 100 miles per hour,” Steward said…While addressing the team after Friday’s practice, Buono called up defensive back Anthony Gaitor to salute him for a nice interception he made during drills. “It’s about getting noticed,” Buono said afterwards. “You hope to send a message to the others by acknowledging good plays.”

Next stop: Kamloops. First-year Lions report for rookie on May 25th. For a complete guide to training camp 2016, click here.