From Maize and Blue To Lions Orange 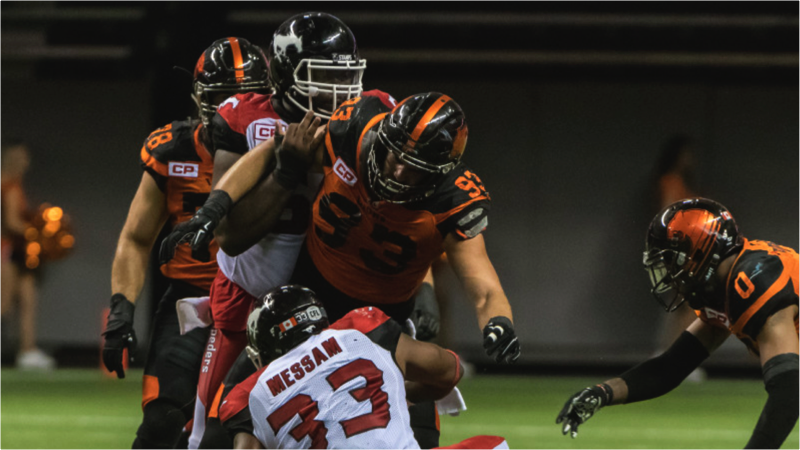 From Maize and Blue To Lions Orange

He has only been a Lower Mainland resident for a couple of years, but Craig Roh knows all about the locals’ tendency to remark about the weather at every possible opportunity: Like… every opportunity. Case in point: It was a “hot”, 16-degree September day at practice and everyone within ear shot, from teammates to staff to media members, was basking in the glow at getting an extra couple weeks of “summer-like conditions.” When you consider what the Scottsdale, Arizona native grew up with while honing his football craft, he might as well have been wearing a parka over his shoulder pads and helmet.

“Before every day at practice a sprinkler would come on,” Roh recalls of the 100-plus degree days at Chaparral High School. “During my sophomore year, we would douse ourselves and be soaking wet to the bone. 15 minutes into practice we would be completely dry. It was scorching.”

At that time, Roh was already making life difficult for opposing QB’s and it was enough to earn the attention of head coach Rich Rodriguez and the University of Michigan Wolverines.

Although the weather in Ann Arbor was a tad bit cooler, it was with the Wolverines where Roh truly developed his skills as an elite pass rusher, earning a Second- Team All Big 10 Selection and All-Academic honours in his senior season of 2012.

“It basically made me the person I am today,” Roh says of his college career. “They were very formative years. You’ve got 100,000 people in the stadium cheering you on. Everyone is wearing maze and blue; the streets are just filled with people. I am hoping to soon get back to game there myself, just to experience it as a fan. The tailgating is ridiculous.”

Roh has gone from Maize and Blue to Lions Orange. His pivotal sack of Trevor Harris in Saturday’s win over the Ottawa REDBLACKS had his teammates and defensive line coach Robin Ross fired up, especially with defence not exactly dominating on either side of the ball in that contest.

“Sacks are momentum because they are negative plays for the opposing offence,” Ross says. “Even though we didn’t have a lot of sacks, we had consistent pressure on the quarterback. That was a huge sack for us and it provided momentum when we needed it. Games are going to come down to the 4th quarter and that’s when you need to have them.”

Playing on a ferocious defensive line with the likes of Alex Bazzie, Jabar Westerman, Mic’hael Brooks and David Menard is certainly a motivating factor, but Roh has put up some decent numbers in year two; fourteen defensive stops to go along with five sacks. He is one QB takedown away from matching his total as a rookie.

“I’m not drinking from a fire hose this year,” Roh says of his improvement. “That makes

things a lot more fun. I know the personnel, I understand the game better and I know how to deal with the extra yard.”

“I think he’s made tremendous improvement from year one to year two,” Ross adds. “Anytime when you first come up it’s difficult to adapt to the Canadian game, especially for a defensive lineman being a yard off the ball. It’s the second year of this group playing together, especially him and Mic’hael on the same side. The more the know each other, the more that can play off each other and make more plays.”

The production is no doubt sweeter when you consider the fact Roh had to fight his way on to a pro roster. Following a brief training camp stint with the Carolina Panthers, the 6’5 defensive end found a unique playing opportunity… with the Omaha Mammoths of the now-defunct Fall Experimental Football League (FXFL).

“I hadn’t heard about the league until they said I could come play there,” Roh says. “It was kind of thrown together and not the most professional of leagues, but it gave me the chance to show my improvement and how I could be. I played a couple of games for them and then the Li

ons took notice and put me on their neg. list.”

Thrown together or not, the FXFL was a crucial chapter in Roh’s football journey, one that his eyes squarely set on the opportunity to lift some hardware at the end of November. At 9-4, he and the Lions are very much in the driver’s seat for a home playoff game. After that, anything is possible.

“We want to win that Cup. That’s what we’re aiming for. I am really excited to go for it,” Roh says.

And if they happen to complete the journey, the excitement will be a heck of a lot warmer than that of the Arizona desert.

Knocking on the Playoff Door:

Speaking of playoff implications, the Lions would clinch their 20th consecutive appearance with a victory or tie in Winnipeg Saturday. The Lions currently have the longest active postseason streak in the CFL and second all-time behind the Edmonton Eskimos, who qualified for 34 straight seasons from 1973 to 2006. The Lions would also clinch if the Alouettes and Argonauts lose or tie their games on Thanksgiving Monday.

The 12-1-1 Calgary Stampeders clinched their spot three weeks ago, but would guarantee themselves a home playoff date with a victory over Toronto or Lions loss.

As for Tuesday’s practice, Shawn Gore was given the day off after he went through concussion protocol following the win over Ottawa.  He will be monitored on a day- to- day basis. Stephen Adekolu took first team reps. at Gore’s wide receiver spot.