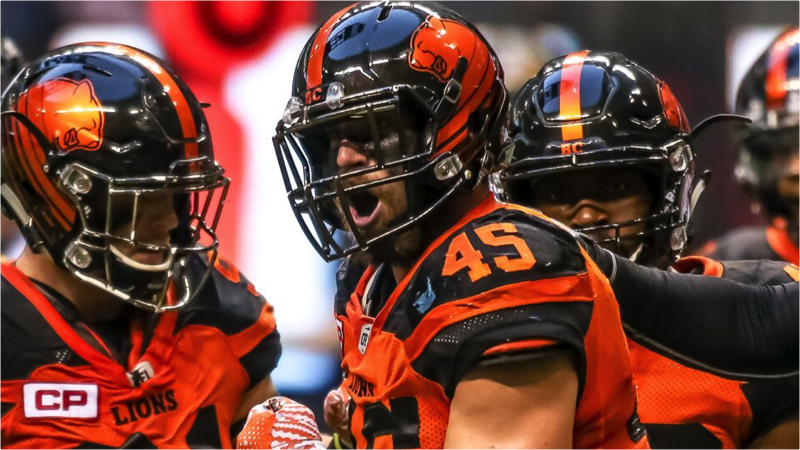 Perhaps it’s fitting that Father’s Day was the first official day of retirement for Jason Arakgi. Only hours after his emotional, tear-jerking final moments with his teammates, the CFL’s all-time leader in special teams tackles spent some quality time with his fiancé Marianee and their two children, Logan and Mable.

Having a family to care for has provided the special teams wizard with a new perspective; especially after Marianne went through a life-threatening situation during labour with Mable. She suffered placental abruption, a condition that prevented the unborn baby from receiving oxygen. Both lives were in danger, but it wound up being a miraculous birthday gift for Dad. 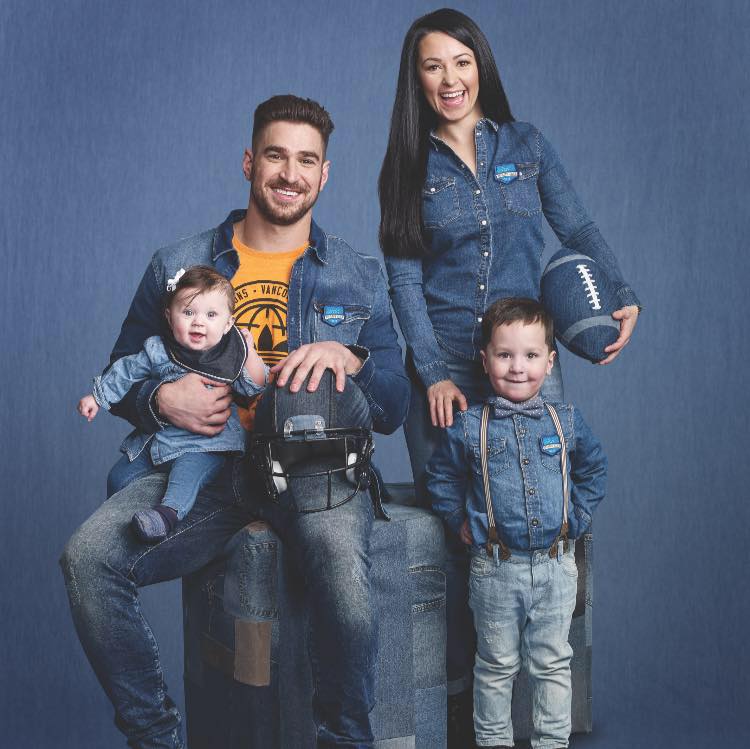 “I went from thinking I was going to lose her on my birthday to having her born on my birthday. It was definitely a rock bottom to top of the roller coaster kind of experience,” the now retired Arakgi explained.

“It was something that came really close to being a terrible thing, but we got through it as a family and it’s brought us closer. I have a more appreciative view of life now.”

More than one year after the scare, mother and daughter are doing just fine. And perhaps May 12th, 2016 helped open Dad’s eyes to 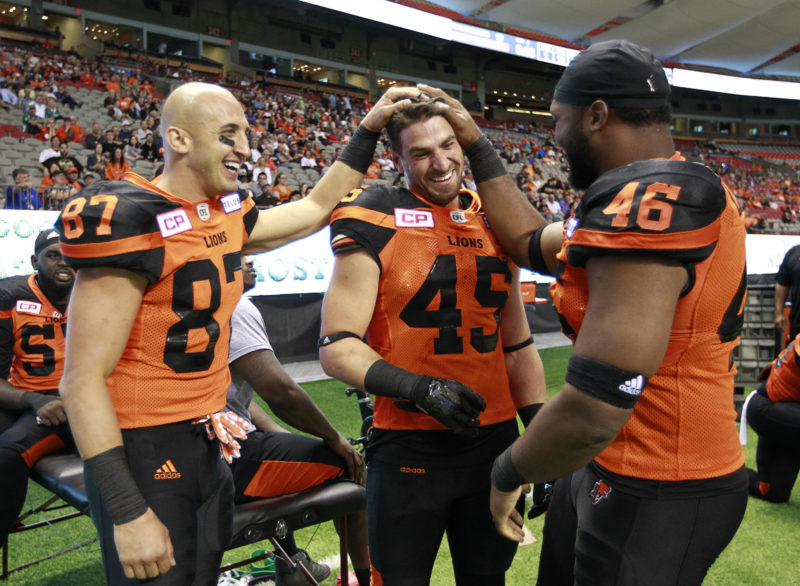 something that he could think about for life after football.

After the surprising post-game announcement to his teammates and coaches on Friday, the McMaster product now embarks on his new career: working as a representative for Stryker, a company that supplies hospitals and operating rooms with medical equipment. He didn’t know until last week he would be leaving the game.

Arakgi’s sister is an orthopaedic surgeon and he recently leaned on her for advice on how to pursue a career in the field. A call he received from Stryker before leaving for training camp is what officially set the wheels in motion.

“I will be working in the area of endoscopy. I will be in hospitals a lot of the time working in the OR, supporting staff and offering Stryker’s expertise on the use of their equipment and tools.”

While the endoscopy field is gaining a valuable asset, the BC Lions are losing a very valuable one. Perhaps the most impressive thing about Arakgi’s career in the den is the fact he did it so effortlessly, and barely, if ever, craved the attention a league record holder should get.

“Even with the retirement, I was kind of hoping I could do an Irish Exit and say bye to some people quietly,” Arakgi said.

“Then when Wally came out and told the team it came out in the open. I am really happy that’s the way he went about it because it made it more special to me. I’ve always been someone that loved the attention within the locker room from the fellas. As far as the media attention and all that stuff, I didn’t really crave that and normally shied away from it.”

Believe us when we say his leadership and presence was always felt on the sideline; even if it didn’t always translate to the TV cameras and ‘mic’d up’ segments.

After arriving on the west coast as a 3rd round draft pick in 2008, Arakgi closes the football chapter of his career with lion-sized memories. Along with breaking Wade Miller’s special teams record last year, he was also a Western Division all-star in 2009 and was runner up for the league’s Most Outstanding Special Teams Player Award in that same season.

He contends the 2011 Grey Cup victory and his teammates are the things he will always cherish the most.

“Winning that Grey Cup is something that is so rare for people in their careers, so I was so fortunate to be able to win one almost right away,” Arakgi said.

“Breaking the record was a personal goal I set for myself, so I was very happy to get that done before the end of my career and any kind of injury. It’s hard to make it that many years in the league.” 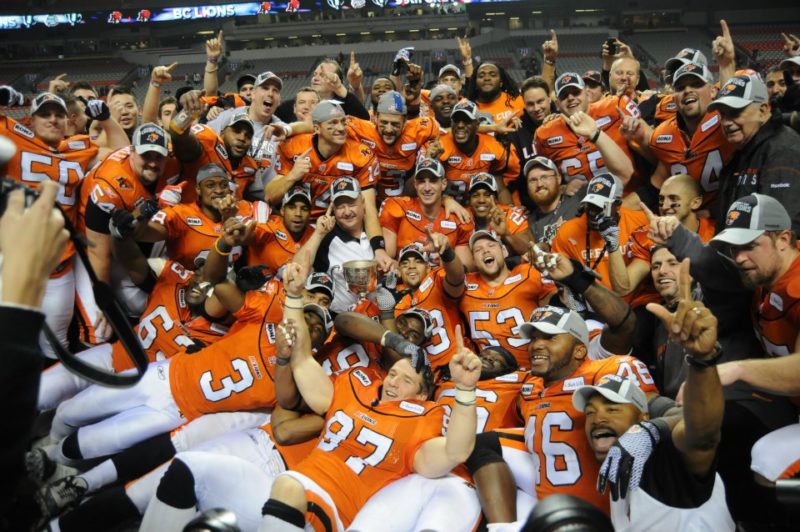 When you add it all up, Arakgi was around for perhaps one of the more memorable eras of this franchise. There may have only been the one championship parade, but you’d be hard pressed to find another ten-year veteran who was surrounded with such quality talent.

“I had the privilege of working with some of the greatest players in the league like Geroy Simon, Travis Lulay, Brent Johnson, Paul McCallum, Solomon Elimimian, Adam Bighill, Korey Banks, Dante Marsh and Jason Clermont. I could keep going. Rolly Lumbala will always be my guy. There were coaches like Wally, Mike Benevides and Mark Washington. I was lucky to be able to learn from all of these highly-motivated people,” the special teams wizard said.

Lumbala was drafted one round ahead of Arakgi in 2008 and now is alone in top spot as the longest-serving player on this squad. The news of Saturday night caught him completely off guard as well.

“It honestly felt like someone died,” an emotional Lumbala said of his buddy’s announcement.

“We came in together and always felt we would leave together as well, but life doesn’t care about your plans sometimes. Honestly I’m very happy and very proud of him. As young rookies we had our ups and downs, but learned to become pros and leaders for this football team. There are so many stories and too little time to share.

He means a lot to me and we leaned on each other for things on and off the field. I can’t wait to see what the future holds for him.” 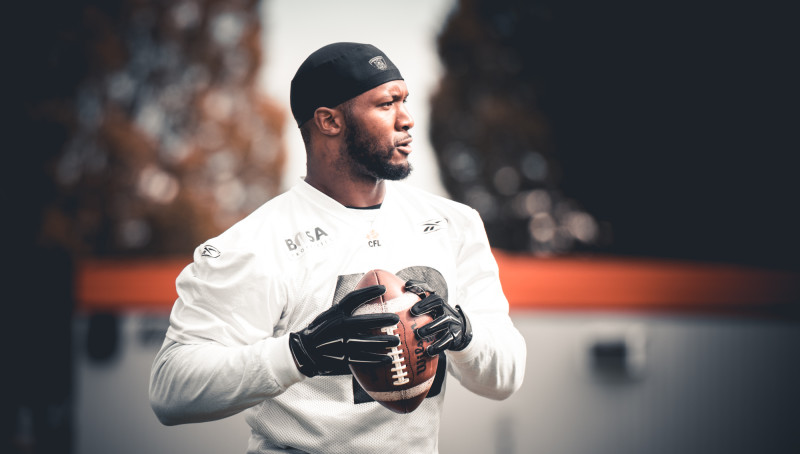 It was well documented how competitive this year’s version of training camp was. Aragki and Lumbala had at least two or three minor “dust ups” that would always end with the two friends embracing and hugging.

“There was nothing friendly about our all-out brawls during training camp,” Lumbala chuckled. 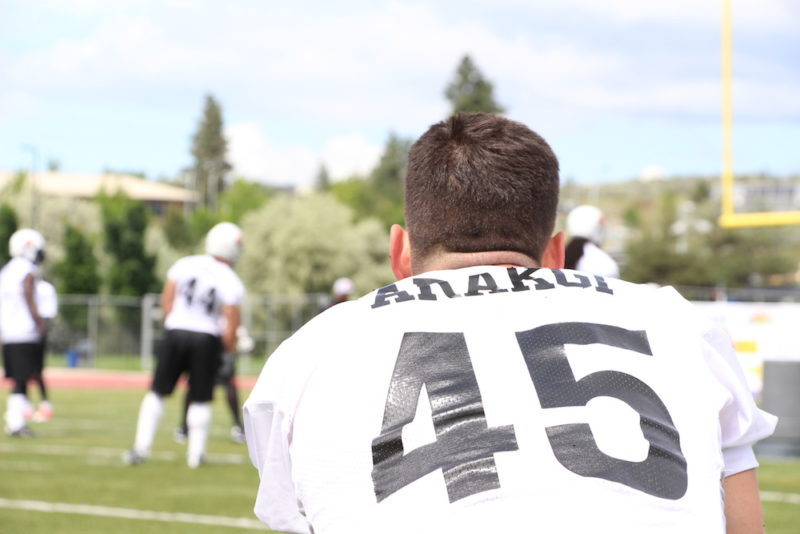 “We were just two competitors defending our side of the football. Because we have mutual respect for each other, we never took it too far and would always have a good laugh about it after and talk about it over dinner. The funny part was, people knew how close we were to each other and would actually be worried. They always made sure we were on great terms.” 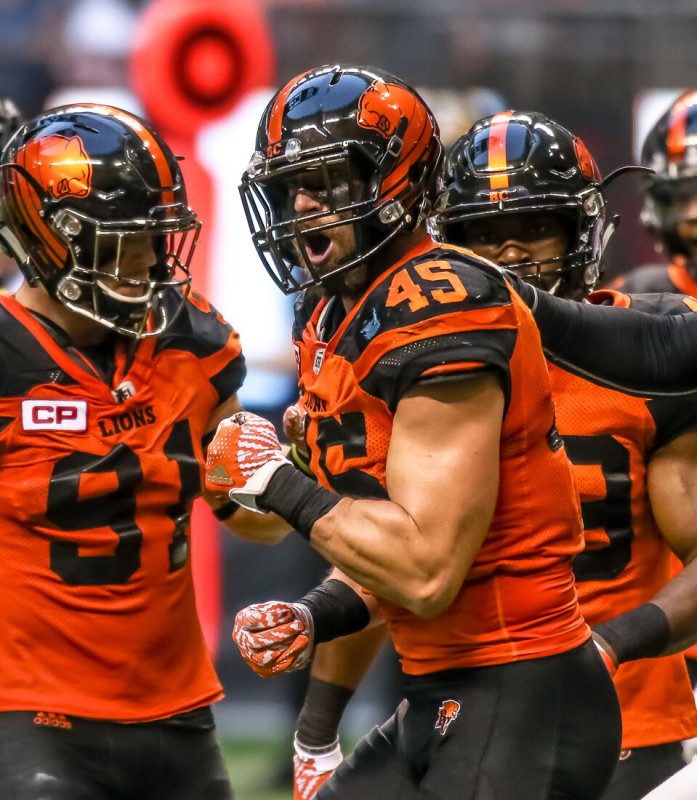 Arakgi had his on field family. Now he will embrace all of the extra time spent with Marianne and the toddlers. Number 45 admits that has already called for a little bit of an adjustment to his lifestyle.

“Being retired has been a lot more busy than I anticipated,” Arakgi said, tongue in cheek.

“Staying at home with the kids, helping out with the house stuff and spending as much time with the family was very rewarding. I’ve been really fortunate to be able to get some time to hang out with them and decompress. It was a great Father’s Day weekend.”

After the events of last year, he has learned to cherish every moment. 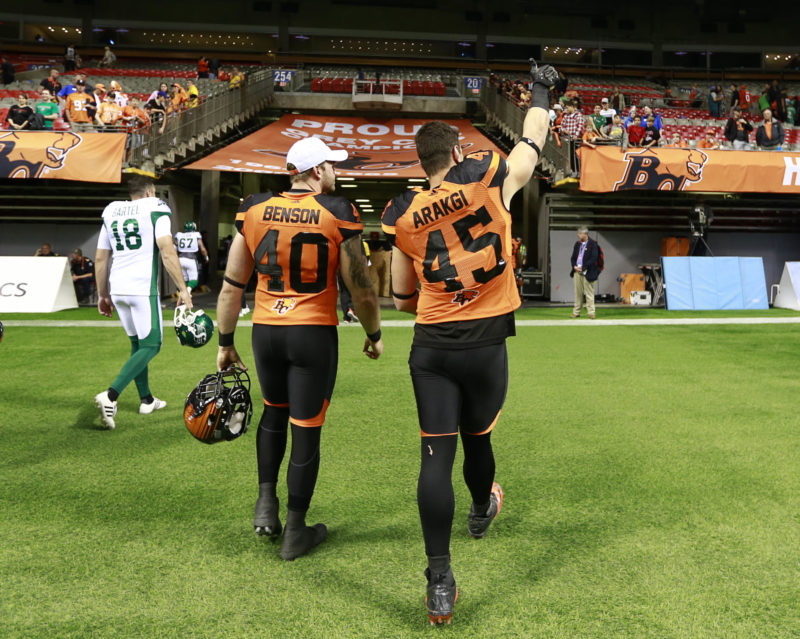