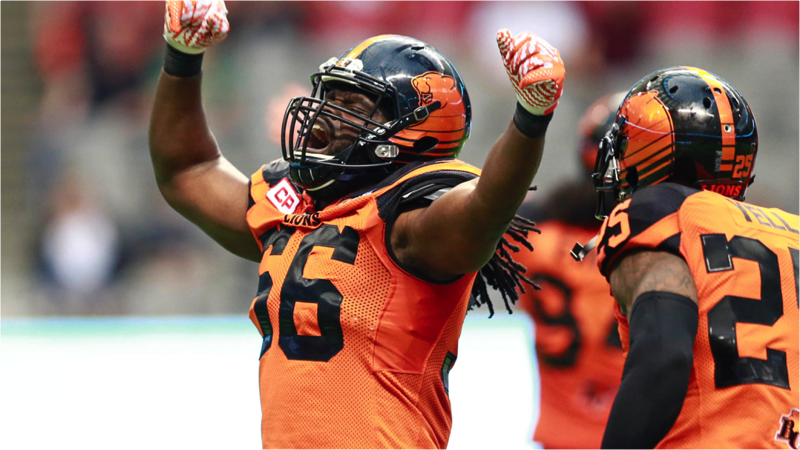 He would be the first to tell you the title of this story could never have been predicted. That’s because not only is Solomon Elimimian one of the more humble pro athletes you’ll ever meet, but like many other Americans looking for a chance to play his journey to the Canadian Football League almost never happened. We jump back in the time machine to 2010 when it appeared his dreams of a long career wreaking havoc on opposing offences were dwindling away. At least in the NFL….

“I got cut from Buffalo, sat out the entire previous year at home with my mom and wasn’t sure what to do with my life,” recalls Elimimian.

“My brother Abe (now an assistant football coach at Hawaii) told me the BC Lions were having a free agent camp (in Los Angeles).I was a little hesitant at first because I didn’t know much about the CFL. As a kid you have tunnel vision. Everything that you see is the things in front of you.” 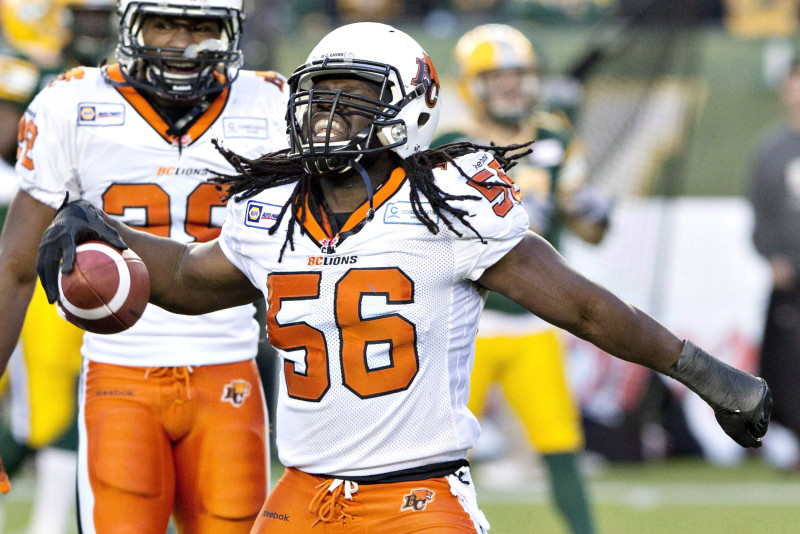 He wound up making an appearance and those memories are starting to come flooding back after Elimimian passed Dante Marsh for the all-time franchise lead in combined tackles, defence and special teams. He now only needs eight more defensive stops to break Marsh’s all-time record in that category. The milestone could take place on Friday when number 56 and the Lions invade Toronto.

Back to that free agent camp for just a moment: it didn’t go too smooth for Elimimian when he first caught the eye of Wally Buono in Los Angeles.

“They worked me out as a linebacker and Wally said I had some good skills, but that I was a bit overweight. He told me to go back home and come back a few weeks later to the camp in Las Vegas,” said Elimimian.

“I got in shape, they signed me and I came to training camp (in 2010) fourth on the depth chart. The rest is history.”

The fact Buono and his staff encouraged him to slim down and give him another look tells you they saw his potential right away. Now that he continues to re-write the record books, the two-time CFL Most Outstanding Defensive Player insists he would not have lasted without support of his loved ones and some of the great teammates from over the years.

“The first people I thought of was my family,” explains Elimimian.

“Everything I have been through, from ups and downs and injuries throughout my career, it’s them that have been my backbone and supporting me through the good and tough times.

Also, my teammates and not just the present teammates I have now, but the ones I’ve had along the way: the Aaron Hunts, the Dantes, the (Korey) Banks’s, RP’s (Ryan Phillips), Brent Johnson, (Jason) Arakgi, Biggs (Adam Bighill), guys like that.” 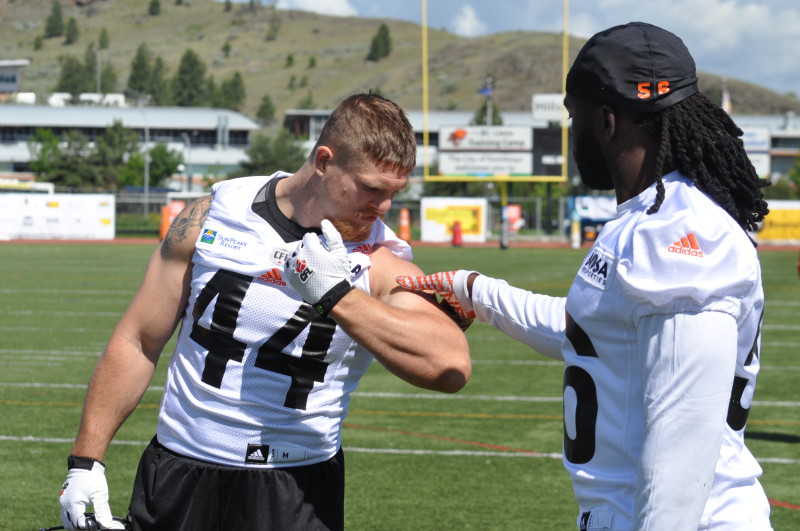 There is that humble nature we talked about. If you need any more reason to believe Elimimian can possibly break the defensive record this week keep in mind he had 21 tackles in two meetings against Ricky Ray and the Argonauts last season.

The second matchup saw him record 14 to break the single-game franchise mark previously held by, who else? Marsh. As is the case, the conversations quickly turned from records to helping his team get a much needed first win of 2017.

“It’s a great challenge. Ricky Ray, Marc Trestman and Jim Popp are all great football minds. You can’t really stop Ricky. You have to do your best to contain him and know where the big playmakers are. The biggest thing for us is to play our game: fast and physical football.” 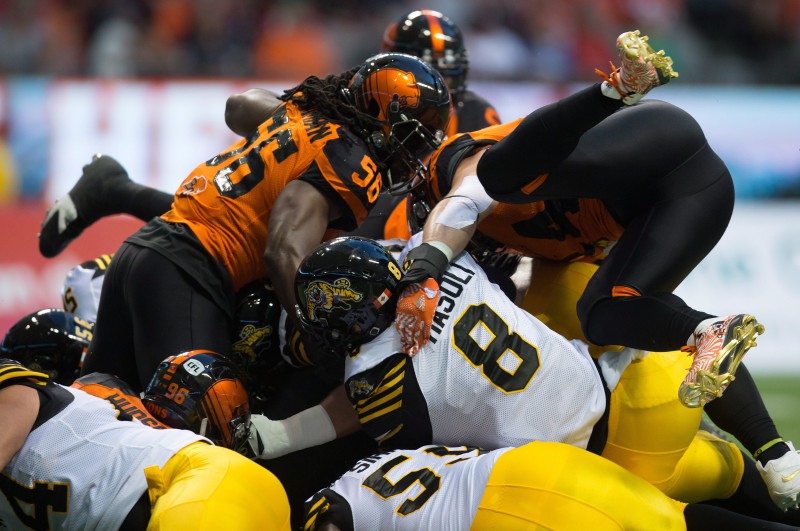 Following Friday’s contest, Elimimian and the Lions will bus east to Kingston for four days of practice and down time before battling the Alouettes in Montreal on Thursday, July 6th. They are looking for a similar result to last year’s extended Ontario trip where they won in Ottawa before edging the Argonauts on Elimimian’s big night to improve to 6-3 at the halfway point of their season.

“The good thing about the long road trips is the fact the guys get to bond,” said Elimimian.

“It’s early in the season and we have lots of new players. Everything is so football orientated and when you’re sharing hotel rooms you have to talk about things outside of football. It gives an opportunity for guys to get to know each other. That’s the same thing we want this year. We want to bond as a team, build chemistry and most importantly, win.”

He’s all about the team first. That’s yet another big reason Elimimian took the free agent camp opportunity and ran with it. Despite all this talk of records, his goal remains the same: winning that elusive second Grey Cup.