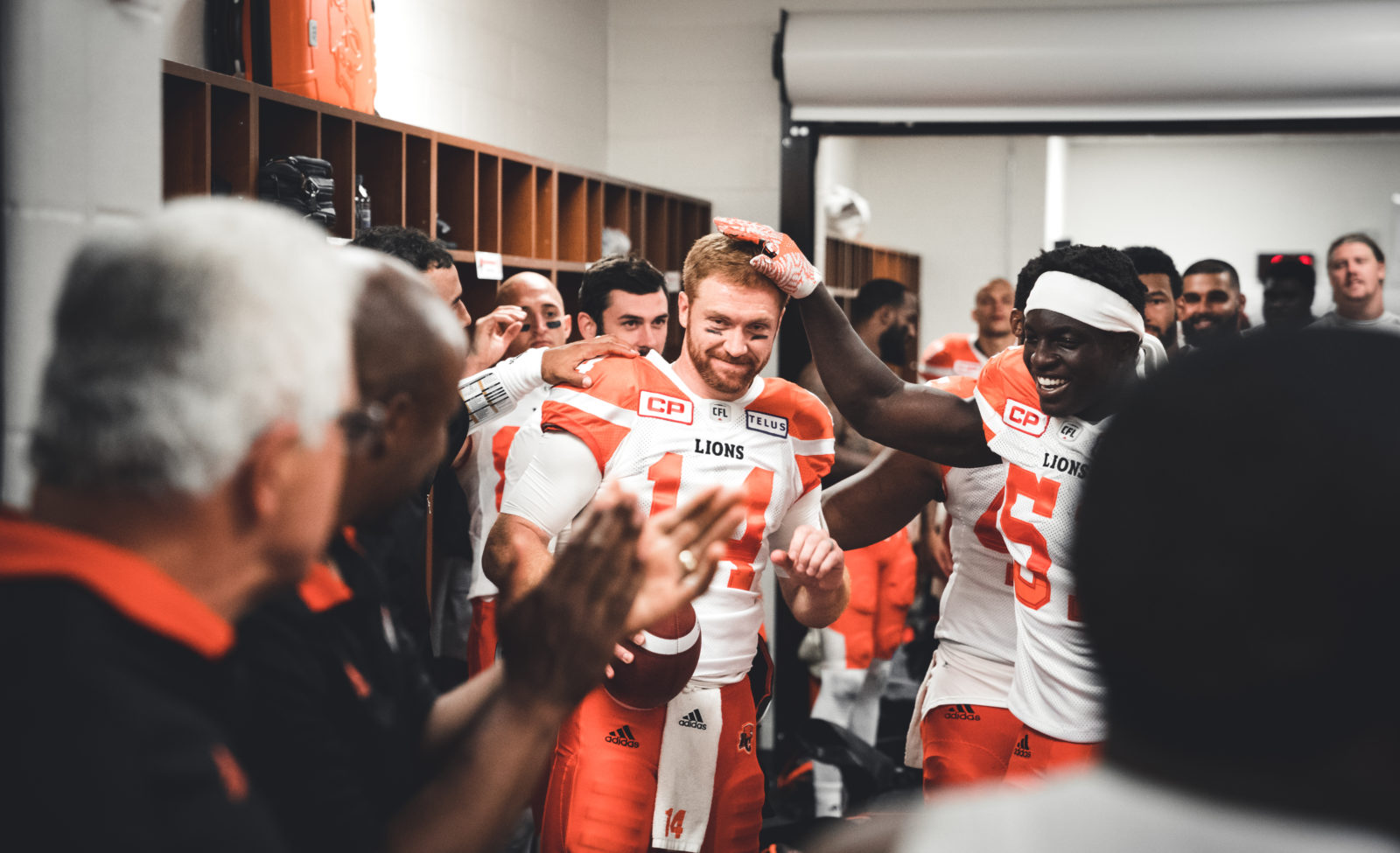 Travis Lulay (14), Jonathon Jennings (10) and Micah Awe (51) of the BC Lions celebrate in the locker room after a win against the Hamilton Tiger-Cats at Tim Hortons Field in Hamilton, ON., on Saturday, July 15, 2017. (Photo: Johany Jutras)

The players and coaches have given their various versions of what went wrong. Media and fans, never at a loss for words, have their theories as well. The 64th regular season for the BC Lions began with sky-high expectations and resulted in a 7-11 record and no playoffs for the first time since 1996. That being said, it wasn’t all bad in 2017. We will outline a couple of the positive stories in this feature. It is time to look back at five key results in a season that came to an end much earlier end than many had anticipated.

The Skinny: It was a memorable evening that set into motion a series of events that may have determined the conclusion. After Jonathon Jennings went down with a shoulder injury on the second play from scrimmage in Hamilton, Travis Lulay orchestrated a performance of the ages. The veteran pivot finished with 436 passing yards, a CFL single-game record for a quarterback coming off the bench, and three touchdowns in a 41-26 win. Nick Moore also put together a ‘blast from the past’ type outing with a career-high 220 receiving yards and a major. Never one to boast about personal accolades, Lulay had this to say after the win:

“I can really relate to Nick. An ACL on a receiver is like a shoulder on a quarterback so I know what he went through. I have always been a big Nick Moore fan. We have a comfort level, a familiarity. He really came along in 2012 and in 2013 he was my guy. It was really fun to be on the field with Nick.”

It was indeed sweet revenge after Moore’s 2016 season was cut short due to a knee injury of his own.

The Significance: Although there was very little doubt, the organization found out first hand they indeed still had two very capable number one quarterbacks. That was great news because Jennings would be on the shelf for three more games. Following the week one loss to Edmonton, it also completed a sweep of their three-game road swing to the East. Prior to Hamilton, they took care of business in Toronto and Montreal, reaping the benefits of some team bonding and fun practice time in Kingston following the Argonauts contest. 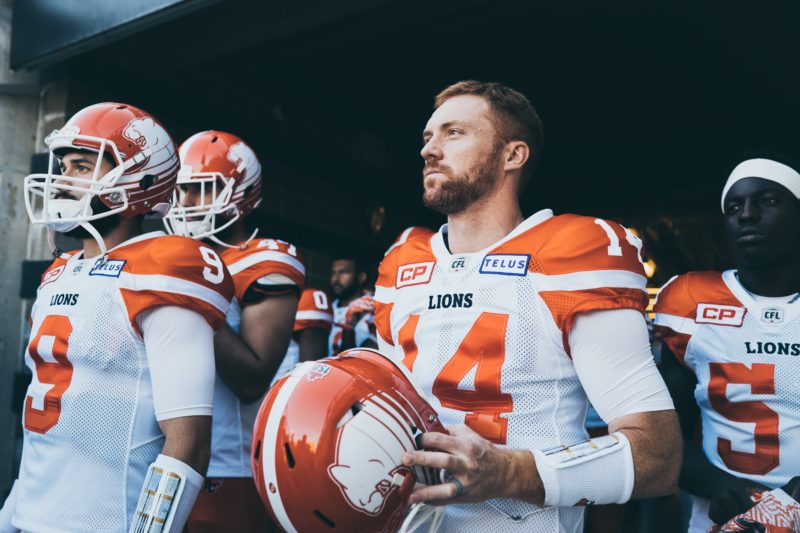 July 28th: 37-26 setback in Edmonton puts them behind 8-Ball for first time

The Skinny: After a poor start and some rather unlucky replay decisions from the CFL command centre, the Lions dropped a second matchup to Edmonton in six weeks. Mike Reilly exploited the secondary with a 65-yard completion on the first play from scrimmage that led to a major. He then connected with Vidal Hazelton on a 108-yard touchdown reception to give the green and gold a 17-3 second quarter lead. The Lions’ comeback hopes were derailed when a 4th quarter challenge resulted in pass interference on Loucheiz Purifoy in the end zone, giving the Eskimos a first and goal from the one. Reilly punched it in to give the home team a nine-point lead and they never looked back, improving to 5-0 on the young season.

The significance: They lost the season series to a divisional foe after just one-third of the season, and some air was sucked out of the balloon just one week after a thrilling 4th quarter comeback victory over Winnipeg. It also marked the first of five consecutive road losses for a team that had prided itself on being able to win anywhere.

The Skinny: These clubs had met the week before at BC Place and you can probably trace this key development back to the 4th quarter of that Lions victory. Leading 30-0 and the result pretty much in hand, the defence allowed 15 points in garbage time to give the Roughriders some much-needed motivation heading into the rematch. Wally Buono voiced his concern before hand, refusing to fully address his team in the locker room, delegating those duties to longtime captain Rolly Lumbala.

The Significance: Aside from the fact many members of the organization point to it as THE turning point, we can offer up these anecdotes: Even with Lulay dealing with bumps and bruises from his four-game stint calling signals, questions about who should be starting at quarterback came to the forefront immediately. Of bigger concern was the fact they missed a golden opportunity to all but bury the Roughriders. A different result would have put Jennings and company eight points up and a sweep in the season series. Instead it was a two-point lead and loss in the head to head tiebreaker, based on point differential. And lastly, the video of Buono’s pre-game concerns was the main talking point on a short week before another loss to Calgary. 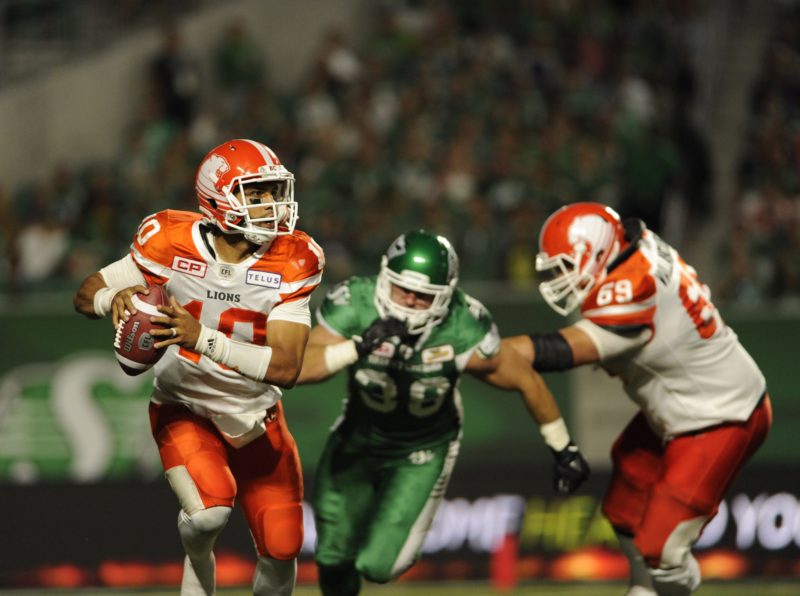 The Skinny: Pressed back into starting duty after Jennings struggled in Ottawa, Lulay went down with his season-ending ACL injury on the game’s first series. Jennings and the squad showed no immediate signs of distraction, dispatching the Alouettes 41-18 behind 295 passing yards and two majors from the new/old starting pivot.

The Significance: The Lions were back above .500 and very much in the thick of a competitive Western playoff race. But the injury to Lulay would provide long-term ramifications. The offence sputtered in a 27-13 setback in Calgary the next week. Emmanuel Arceneaux delivered an emotional, rallying cry-type speech after the Stampeder loss that proved to be too little, too late. We will never know for sure how much the Lulay injury impacted the end result, as Jennings did show a couple flashes of his 2016 form. But there will always be a sense of ‘what if.’ 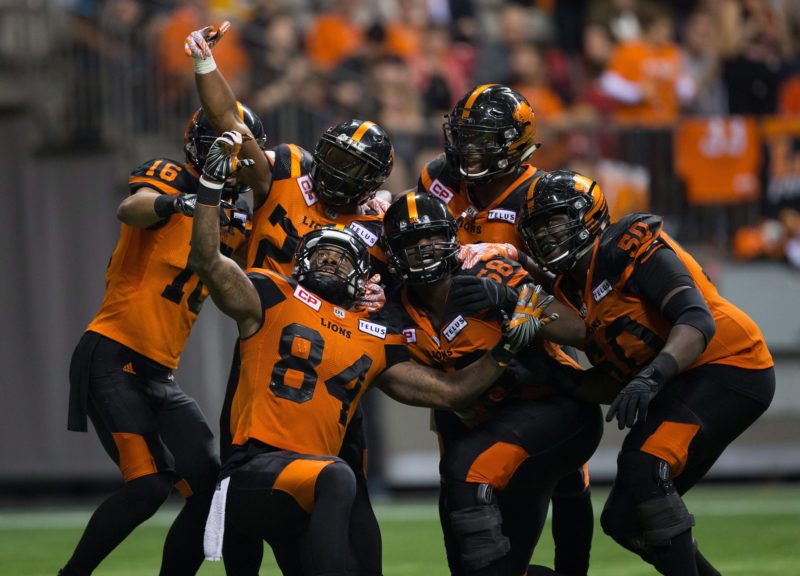 The Skinny: With new head coach June Jones already providing a positive impact; the rejuvenated Ticats escaped BC Place with a 24-23 victory. This one was rather symbolic of the season itself. Close, but no cigar. The Lions’ defence had the chance to deliver a final knockout punch before Luke Tasker clutched up with a big catch on 3rd and 6 to get them into field goal range. As Buono always reminds us: each and every game comes down to five or six plays.

The Significance: It dropped the Lions to 6-7 heading into their second bye week and sent them to the division basement, where they would remain for the remainder of the season. They returned from the break and lost in similar fashion at home to Ottawa and then were on life support after dropping a visit to Winnipeg on October 14th. The only remaining victory came against those same Blue Bombers two weeks later, their playoff fate already officially sealed.

Lulay’s first home start since 2015 was the amazing comeback against Winnipeg on July 21st to get them to 4-1. Although there was plenty of football to be played, that game proved they still had the killer instinct to come back: much like they did against that same Bombers team in the Western Division Semi-Final last November. You can also chalk up the two Calgary losses as potential missed opportunities. On both occasions, the Lions’ offence couldn’t establish their rhythm when Calgary’s Bo Levi Mitchell had a couple of rare off nights.

We talked about the fact there was still some positives to take away from 2017. Here are 3 examples of individual players who should be even better in 2018. In no particular order:

WR Shaq Johnson: A strong candidate to become the franchise’s next great Canadian receiver. Johnson started all 18 games and hauled in 30 passes for 520 yards and two touchdowns. His first CFL major came in the eventual win at Hamilton in July. Look for Johnson and 2017 first round pick Danny Vandervoort to both make more noise in 2018. 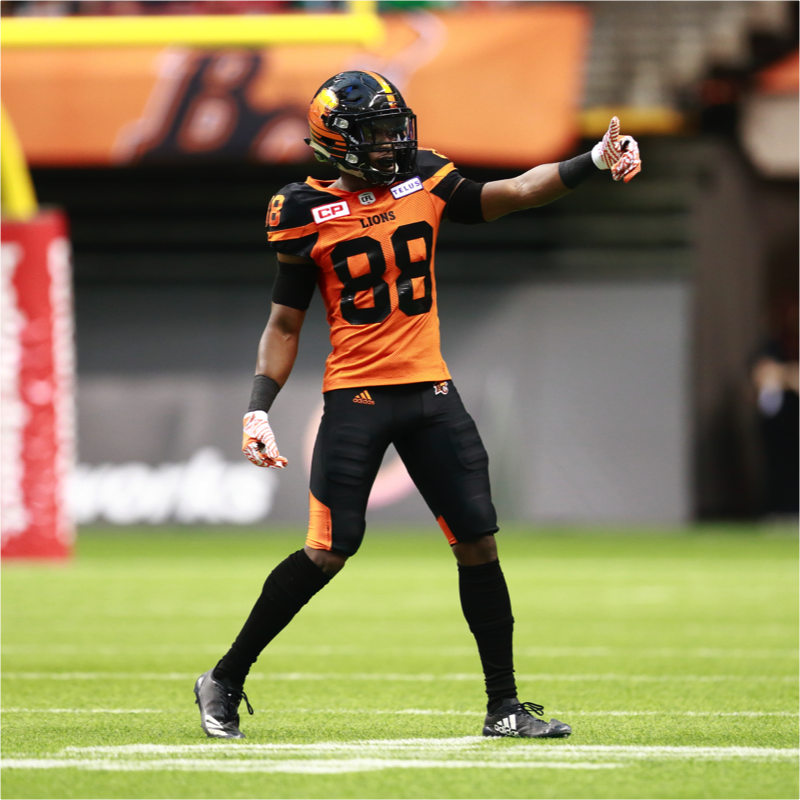 LB Micah Awe: It was the biggest question throughout training camp: who would replace the void left by Adam Bighill at weak side linebacker? After starting the season behind Tony Burnett on the depth chart, Awe proved himself as one of the brightest youngsters on a revamped defence. Awe finished the season with 54 defensive tackles and a forced fumble and was also a stud in the special teams game.

LB/DB Chandler Fenner: with injured players returning to the secondary, a clear spot on the depth chart to start camp was not defined for Fenner at the start of training camp. He addressed those concerns rather quickly by providing a nice fit at the nickel position. The move sparked a domino effect that moved last year’s nickel Loucheiz Purifoy to half back and second year national Anthony Thompson to starting safety. Fenner can make a case for being the top playmaker on defence in 2017, finishing second to Solomon Elimimian with 103 tackles.